How to get to Dombay

Dombay has always attracted tourists and sportsmen. It is here where the dazzling white snow and majestic mountains. Here you can go to normal and downhill skiing, Snowmobiling and even do rock climbing. In General, there is something to do. 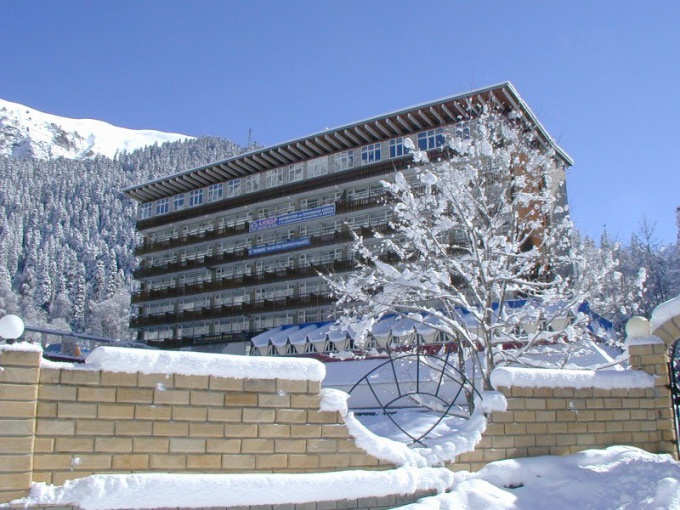 Related articles:
Instruction
1
On the plane to get to see and work only with a connection. The first stage of the flight "Moscow — Sochi". On this route from Domodedovo airport fly airline Ural airlines, Izhavia, "VIM-Avia" and from Sheremetyevo — "ALROSA", "Aeroflot" and "air France". On arrival it is necessary at the station "Airport" to catch the bus or route taxi №97 "Sochi — Dombai" and go to the stop "Central station". The total journey time is approximately 5 hours and 20 minutes.
2
There is another version of the way Dombay — long train. To the Dombay trains do not go, but you can buy a ticket on the train "Moscow — Kislovodsk", which is three times a day departs from the Kazan station of the Russian capital. Destination — station "Pyatigorsk", where you can take the bus number 45 and reach the bus stop "Dombay. Central square". Travel time is 26 hours.
3
The second option is to take the train "Moscow — Stavropol", which departs from Paveletsky station. This composition is somewhat slower than the flight "Moscow — Kislovodsk", but the loss of time kompensiruet the convenience of movement and new cars. And at the bus stop "railway Station" in Stavropol will need to transfer to bus # 44 and follow to the station "Dombai. Central station".
4
But on the bus to go to see and very difficult. The fact that flights are rather rare — the bus is leaving from the Russian capital strictly once a week, and that's why salons are often crowded and tickets can get pretty complicated. Buses depart from the Kazan station of the Russian capital and are in transit about 30 hours.
5
Those who do not want to contact the bus or train long-distance travel by car. We need to move on the M4 through Tula, Voronezh, Rostov-on-don, Stavropol, and Cherkessk. This way you can drive for 25 hours, excluding stops. But if the main highways will experience congestion, the road can stretch to 30 hours.
Is the advice useful?
See also
Подписывайтесь на наш канал