How many speeds is the bike

Modern bikes have mechanisms for shifting, which works by moving the chain from one star to another. Therefore, the maximum number of speeds depends on the number of stars. 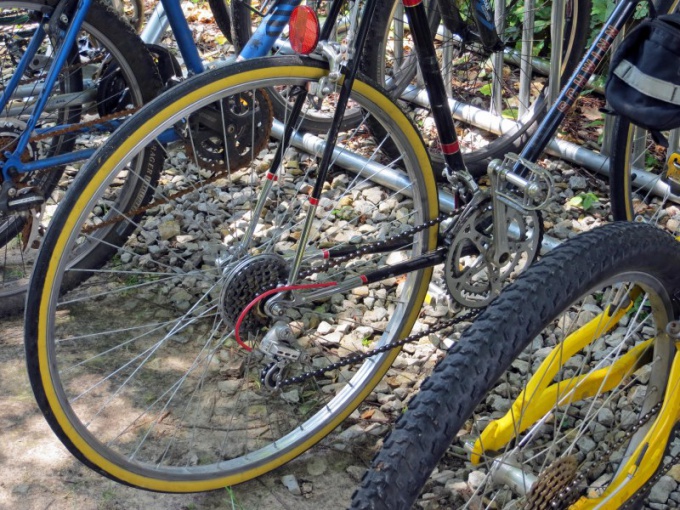 Related articles:
Modern bikes maximum number of speeds can reach 30. The number of speeds depends on the number of the front and rear of the stars. The shifter on the bike you need for a comfortable ride on rough terrain. For example, at arrival on the hill, you should shift gears on downshifts, and to go with the slides should be at a higher transmission. Switching speed, when necessary, the cyclist saves your hand.

How to determine the number of speeds

The nominal number of speeds is determined by the combinations of the front and rear of the stars. For example, if the bike stars 10 rear and 3 front, the nominal volume is equal to 30, and if the back 9 and then 27. However, there is one caveat — the actual number of speeds that can be used will be less. This is because due to misalignment and incorrect chain tension you should not use all possible combinations of stars.

The result is that the bike with three front and nine rear stars nominally has 27 speeds (3 x 9=27), but in fact it is used only 12 speeds. And that's enough to travel through the terrain with any relief.
It is worth noting that to adhere to this scheme is entirely optional, but when using the optimal combinations of the shift of stars is significantly reduced chain wear.

How to shift gears

When riding against the wind, the sand, clay, wet mud, or uphill, you need to "dump" forward gear. Then it will be easier to pedal, to maneuver and gain speed.

The first forward gear is optimal for lifting, if you don't want to put much physical effort. The second transfer is suitable for small UPS and driving drogam. The third forward gear (the big star), it is recommended to switch while riding around the city. While reverse gear is switched in accordance with the above scheme of switching speeds.
Is the advice useful?
See also
Присоединяйтесь к нам
New advices