How many years are completely changing the milk teeth

Over time, the body of the child there are significant chemical and physiological changes. Each day the child becomes Mature, and soon there comes a time when he begin to erupt teeth. 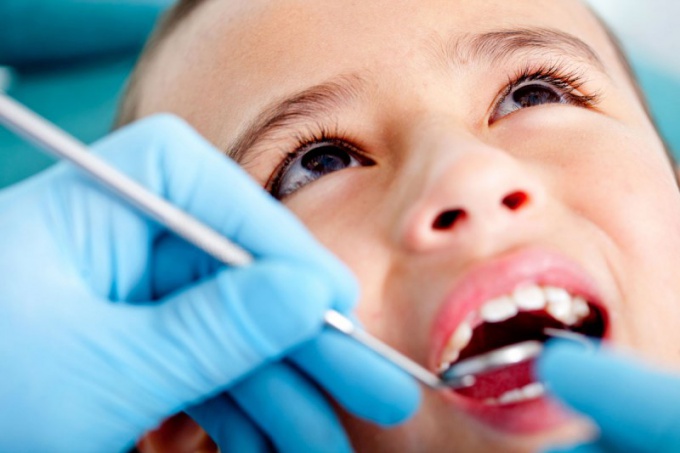 Why we need baby teeth

As you know, a baby is born without teeth. This is due to the fact that after the eruption of the teeth do not change their sizes. As the jaw of a newborn baby is small, all the teeth on it it would not fit. Milk teeth take the place for the permanent teeth.

At what age begin to appear the milk teeth

The beginnings of the milk teeth are formed in the womb by about the tenth week of pregnancy. But to emerge from the gums the first tooth begins when the child receives complementary foods. This happens mostly at the age of about six months.

Baby tooth has the same structure as constant. It also is the root, the root canals and nerves. Just have the child cut 20 milk teeth. They all appear to three years.

Three years later, after all the baby teeth have appeared, their roots gradually dissolve, giving place to the permanent teeth.

To 12 years baby teeth begin to sway and fall out. They do it in the same order in which they opened. Teeth fall out due to the pressure of the permanent teeth.

By the age of 15 their milk teeth are fully changed to permanent. But there are times when the last baby tooth falls out at age 20. There are 32 permanent teeth. Four of them, the so-called wisdom teeth appear much later than the others.

Why not ahead of time to pull baby tooth

Of course, swinging a baby tooth prevents the child, he wants to get rid of him, but can not do so.

In addition to the high probability of infection in the wound, when trying to remove a tooth there is also the possibility that he was not yet separated from the gum and some of its roots can be broken off. In such a situation have to go to the dentist, in fact to get the shard you will not succeed.

In addition, early-time remote baby tooth growing next to the place the fallen tooth, can affect the growth constant. Permanent tooth can change the direction of its growth, thus creating pain to the child.

How to care for the oral cavity

In the period of change of teeth is necessary to pay special attention to the care of the oral cavity. Be sure to brush your teeth twice a day and after each meal rinse your mouth with a weak solution of salt. For rinsing of the oral cavity can also be purchased at the pharmacy special children's mouth rinses.

Toothpaste is better to use fluoride and calcium to help, the new permanent teeth to grow stronger.
Is the advice useful?
See also
Подписывайтесь на наш канал