Who is this cleric and that come in his responsibilities

The word "clergy" comes from the Greek "a lot." In Christianity, the so-called clergy. It is a society of priests of the parish. Their appearance, duties and norms of behaviour regulated by the rules of the Ecumenical Councils. 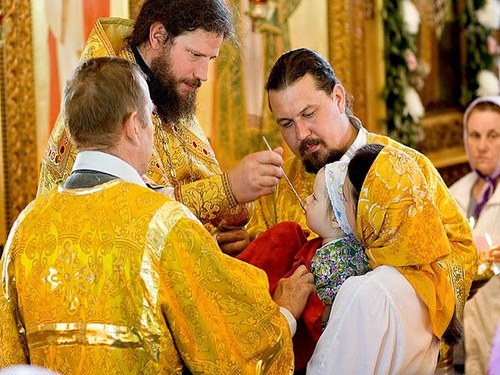 Who are the clergy

In the broadest sense, the clergy means clergy. In accordance with the rules in force in the Church, they are dedicated to the service of it. In a narrow sense, the cleric is any clergyman of the Church. Then there are those who just performs worship. These include deacons, readers, ringers, Sexton, choristers and priests. With the exception of the bishops and Church officials in certain Church institutions.

The Orthodox Church distinguishes between clergy high and low. The first category includes the clergy at all. The second is the clergy. The priesthood he was consecrated as the altar. Ordination or consecration means giving rights to perform the ordinances and ceremonies. The lower clergy this law gives the Bishop. The ordination in this case takes place in the temple beyond the altar. It's called chirotesia.

In the early period of the formation of the Church the greatest authority enjoyed by the apostles. It was then that created the modern Church hierarchy. For joining the clergy had the laying on of hands. That is the sacrament of joining a community of priests. The clergy are now taken only baptized males. Although there are cases when priests were women. At the same time they were forbidden to serve inside the temple. There are also age restrictions. For deacons, the minimum age is 25 years, subdeacon - 20, and for the presbyter - 30. A reader accept even children from eight years and in the choir - three years.

The duties and rules of conduct for clergy

The position of the cleric assumes certain responsibilities. They are associated with both the Church service and rules of conduct.
A cleric must be of high degree of morality. Under pain of excommunication, they are prohibited from drinking and gambling. It is also unacceptable to hold public office and to perform military service. Prohibited in case of widowhood to marry a second time. Of course, their marriage must be monogamous.

It is also prohibited to trade, especially alcohol. Not encouraged any business activity. Representatives of the Church and forbidden any activity associated with the shedding of animal or human blood, including hunting. For the same reason the clergy cannot be the practice of medicine, especially in surgery.

Byzantine clergy who voluntarily laid down their all by yourself, deprived of many civil rights. According to the rule of the Council of Chalcedon, they could even be subject to anathema. In the 19th century in Russia by the decree of the Synod is only allowed in exceptional cases. For example, when a priest became a widower at a young age. In this case, he could enter the civil service only after a certain time: deacon 6 years, and the elder - 10.
Is the advice useful?
Подписывайтесь на наш канал