What are the names of all the parts of the temple

If you got in any Orthodox Church, is not superfluous to know exactly what parts it consists of, why the need for these sacred areas, because almost each of them is the centuries-old culture and traditions of many generations of believers. 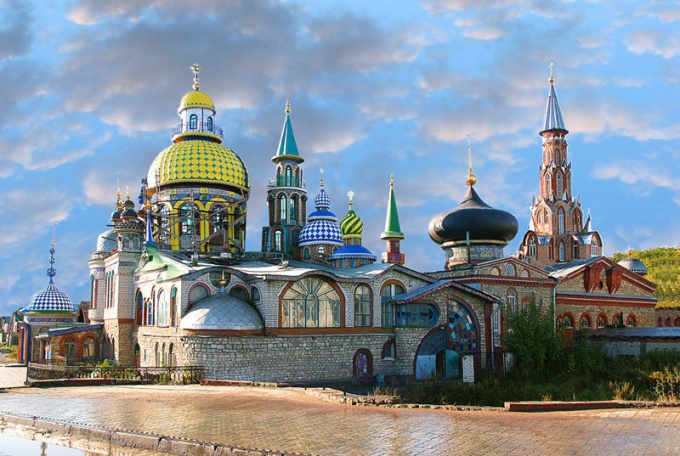 Related articles:
Instruction
1
Interesting that the temple construction is done in three variants. can be in the form of a cross, symbolizing faith, the circle, infinity sign, octagonal Vifliemskaya stars. Every temple is covered with special gold-plated dome with a cross or crosses, addressed to and symbolizing the flame of a candle or fire, ascends heavenward.
2
Any temple is divided into three main parts, the first of which is "the porch" - it can be seen in the entrance. In the monasteries, for example, it was used as a refectory, the Church was widely used this area as a waiting room for the baptized, all excommunicated and repentant.
3
After a rabbet is "the main part", then the altar, or "Holy place", the symbol of earth and heaven, to enter where only specially authorized people. It is posted here, the main value of any of the temple - the throne, a table with Achinoam, or silk handkerchief with the image of a sacred image of Christ, and sewn here by the power of the Holy gospel, the cross, ohranyalsya, or special chest for communion of the sick. Themselves altars in the temple can be several, in this case, each of them dedicated to a particular great event or a certain Saint. The altar and the throne is separated from the main part of the Church iconostasis.
4
From the North wall of the altar is usually placed a particular table, the altar, it is here preparing the wine and bread for the rite of communion. This placed the chalice, the Cup to drink and paten - dish for the bread. Also on the table you can see a spear, for taking out the sacrament of bread and a deceitful, or a spoon, is intended for the actual communion.
5
Behind the iconostasis is also stored a variety of censers, savages and triarii two and trekhsvetnogo respectively, Rapida or special webs on the arms for illumination of the gifts.
6
The area directly in front of the iconostasis at the entrance to the altar is called "Solea", placed in front of her "pulpit", which literally translated from Greek means "includes". It was here, on the pulpit, towering in the middle of the Church, the priest and announces the key words that mark the beginning and end of the service.
7
Both moaning from the pulpit, right next to the walls, located the choir, or choir stalls, there are also banners, icons, arranged in long , attached to a pole.
8
Go to the iconostasis is possible only through the "Royal doors", it only has the power the priests themselves. The iconostasis, as a rule, consists of five rows or tiers, which from the bottom up are called "local", "holiday", "the Deesis", "prophetic" and "proteccin" dedicated himself to the patriarchs of the whole people , such as Abraham himself and Isaac, Noah and Jacob.
Is the advice useful?
Подписывайтесь на наш канал