Why in the eyes of floating worms and threads

If in the eyes there is a feeling that float strings or worms - it may be associated with the destruction of the vitreous, which involves degradation of the granular or crystalline inclusions, inflammation of the uveal tract, shrinkage of the vitreous body or the presence of parasites. 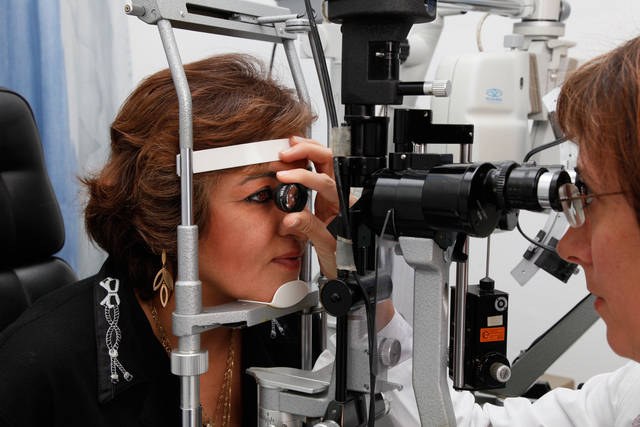 Granular destruction characterized by the presence of the smallest grains, which have a grayish-brown color. The basis of this disease are the pigment cells and lymphocytes that migrate from the surrounding tissue. The cause of the failure and the emergence of feeling the presence of excess small objects in the eye is an inflammatory process observed in the choroid. It can also occur due to injury and intraocular tumors.

This pathology is characterized by the movement of brilliant crystals. They flash, than become like silver and gold sequins. Often this happens with people who have diabetes mellitus. Although not always this is accompanied by blurred vision, but these patients may notice in the eye of the so-called strings and worms.

Inflammation of the uveal tract and retina

This pathology is very common. Usually it is a consequence of other, more serious diseases. Inflammation and the feeling of worms and threads can be associated with chemical or physical effect on the iris of the eye. Inflammation may affect the retina itself. The presence of feeling of unnecessary items will not be accompanied by pain, although the vision affected will.

Shrinkage of the vitreous body

This disorder can be very serious. Its development is preceded by complications from surgery or injury. The point is, the vitreous body becomes smaller, therefore may not hold the previous level, which leads to peeling of the structures that cover it. In this case, a person complains that his field of vision appear some objects. This is because the vitreous is not completely separated from the retina. There are always areas that are in contact with it. It turns out that this body is annoying when you move some parts, which leads to unpleasant sensations in the appearance of small objects, like strings, dots, worms, circles.

This pathology is rare, but can lead to the emergence of worms and threads. Usually the parasites from the subretinal space. These include tapeworm, filaria, and other cysticerci. Subsequently, if you do not begin treatment, these feelings will increase and the vision problems that can be solved will only by surgery.
Is the advice useful?
See also
Присоединяйтесь к нам
New advices