How to fill oxygen tank

Sooner or later every oxygen tank you have to refill again. At home you can't do: requires special equipment installed at filling stations. 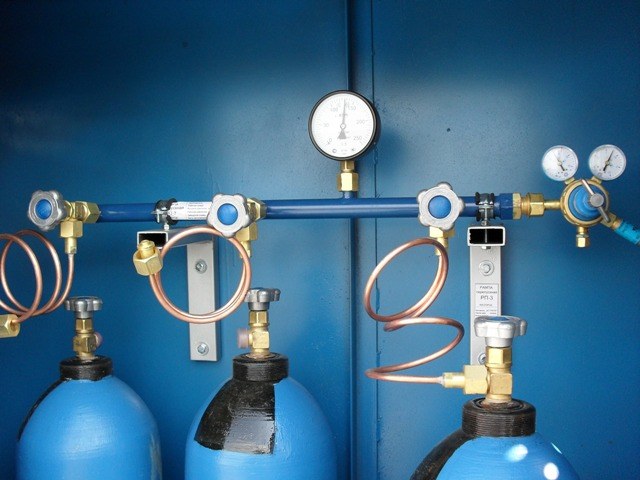 Related articles:
To cope with filling the cylinders with oxygen will not work. The cylinder capacity of forty liters holds gas under pressure of over 200 atmospheres. The oxygen concentration is close to absolute, and the container has a complex structure of the housing and the valve, which allows to compensate for pressure and prevent immediate decompression with a small leak.Such terms are not to recreate in the household, so for filling cylinders with oxygen they go to a gas station.

The principle of operation of the oxygen stations

Standard oxygen station represents the whole complex of units, combined in one technological cycle. This complex includes the station of filtration, oxygen concentrator, high pressure compressors and dispensers. A separate item in the list of components of the oxygen station is the end fittings.

Pre-filtered, dehumidified air flows through the oil-free compressor in the oxygen concentrator. In it, he passes through a cylinder filled with a special synthetic silicate - zeolite. This substance at high pressure passes through itself only oxygen molecules, delaying the remaining gases and water vapor. A large part of the filtered oxygen is supplied to the receiver-drive, while a small amount of gas is expelled through the sorbent filter, blowing the impurities back into the atmosphere, after which the cycle repeats again. From the receiver drive the oxygen is supplied to the distribution system piping filling complex under the action of the high pressure compressor. Using flexible hoses and fittings it is injected into the cylinders for from 15 minutes to several hours.

How to fill oxygen tank

For refueling and forty-two-gallon cylinders should be treated in special treatment plants. Filling stations for industrial use may simultaneously fill a large number of cylinders, while the private gas items do not carry full-time gas station, producing only the exchange of the containers the buyer in full. There is also a mobile refueling points. As a rule, mobile oxygen filling stations have a small trailer that moves the car. Mobile fueling popular in industrial areas and large welding shops, but can also travel around the city.

Sedan cylinders for air and paintball guns can be refilled from the big. You need to have a special filling adapter, although refueling is carried out in most gun stores this subject.
Is the advice useful?
See also
Присоединяйтесь к нам
New advices