How to fill the oxygen tank?

The oxygen pillow is a device designed for patient care. It is used for breathing patient oxygen-air mixture in order to fill the shortage of oxygen in the body. 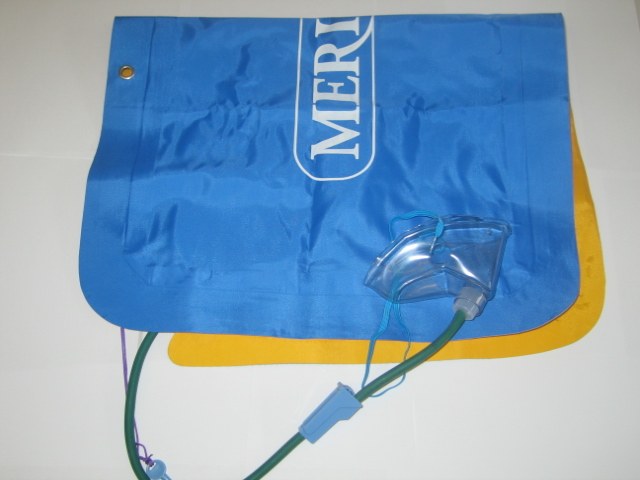 The order of filling of the oxygen pillow

The oxygen pillow is designed for applying oxygen to a patient in a hospital environment and in the conditions of the ambulance. The device consists of a rubber bag having a capacity of 25 or 40 liters, a rubber tube with a mouthpiece and a clip. To fill oxygen tanks should only be performed by trained personnel. The pillow fill from an oxygen cylinder (in hospitals or in pharmacies). Premises used for these purposes must be isolated.

Before filling you need to install the clips in the "open" position, positioning her in front of the gear of the cylinder so that the tube was not clips. After that you should put on the phone the bell of the funnel and fill the pillow with oxygen until then, until the large folds in the ends will not straighten out. Then you need the clips to install in the "closed" position. When filling the cushion oxygen can be made into oil on the surface and on the surface of the cylinder.

How to use oxygen tank

Before the oxygen supply to the patient to handle the mask swab dipped in 3% strength hydrogen peroxide solution and then connect a mask with a tube. The mouthpiece should first be boiled. Before the inhalations of oxygen have to wear a mouthpiece at the free end of the rubber tube cushions. It is covered with wet gauze to moisten the oxygen and prevent dry mouth. It should not be tight to fasten the mouthpiece to your mouth, it should be kept at a distance of four or five inches from the mouth of the patient. After that, you need to gradually loosen the clamp, located on the rubber tube. When this oxygen comes out of the pillow and during inhalation gets into the respiratory tract.

The feed rate of oxygen is regulated by the clamp on the tube or by means of pressing down on the pillow with her angle. The opening clip you need to make when you inhale and when you exhale close to the oxygen coming in to the air. The patient should breathe oxygen for five to seven minutes with a break of 5-10 minutes. If necessary, replace the spare pillow next four to seven minutes, or refill with oxygen.

After using the oxygen bag to fill a small amount of air to prevent bonding. Keep it in the expanded state in a dark place at a temperature of 1 25 ° C and air humidity of 65-80% for a minimum distance of one metre away from appliances that emit heat. It is necessary to protect the oxygen from direct sunlight. Do not store oxygen tanks in the same room with acids, alkalis and other substances that can destroy the rubber.
Is the advice useful?
See also
Подписывайтесь на наш канал