What punctuation marks are put in circulation

The appeal refers to words or combinations of words that indicate the addressee of the text, they can be both animate and inanimate object. In speech treatment are usually "allocated" a pause, and in writing – commas and exclamation marks. 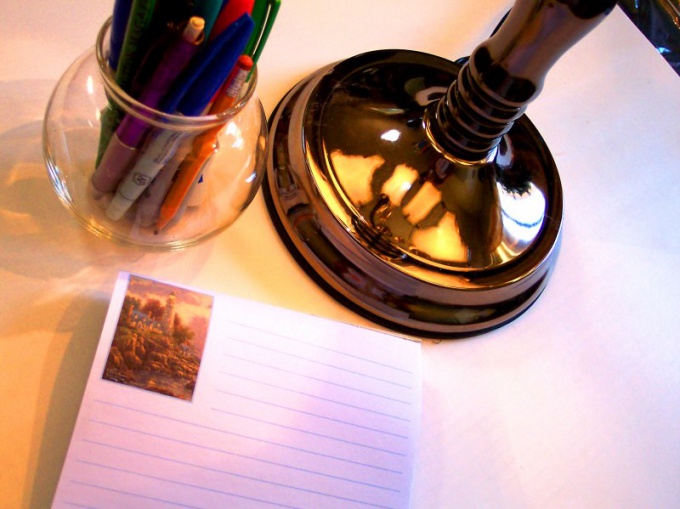 Related articles:
You will need
Instruction
1
In most cases, treatment is allocated or separated by commas, for example: "Hello, friend!" or "Come on, Maria Petrovna, sit down." If you want to emphasize the emotionality of the phrase, for example, an exclamation, then after applying put an exclamation mark and a new sentence begin with a capital letter: "Winter! You're so harsh!"
2
If the appeal is for an appeal, then they are also separated by commas (just like any other transfer). For example: "sweetheart, sweetheart, sweetheart, how I miss you". However, if the appeals is the Union, then the comma is not needed: "Ladies and gentlemen, your attention, please!"
3
If multiple references are "scattered" on the proposal, each of them separated by commas and stands out individually: "Girls, girls' locker room – to the right, boys, mens – left."
4
If the sentence has the interrogative sense and ends with a plea, after it put a question mark: "Can I come, sir?"
5
If before the appeal is a particle ("a", "Ah", "Oh" and others), put a comma: "Oh joy, Oh bliss!", however, they should not be confused with interjections ("Ah", "Oh", "o", "a", "Hey" and others), after the comma are needed. Some particles and interjections sound the same (in other words, they are homonymous). The particles serve to enhance the appeal and make them one (in particular, are pronounced without a pause), and after interjections usually kept pause, they are independent and separate from treatment. Compare: "O Mary, thy beauty is beyond description," and "Oh, Mary, how timely of you to come!"
6
If the appeal is an independent sentence after it, you can put a dot or an exclamation mark with an ellipsis: "Mom... Well, mom!.."
7
Personal pronouns "you" and "you" are not normally used as treatment, most often they act as subject, but must be accompanied by the verb-predicate. If such a predicate is not, then the pronoun functions as a treatment, for example: "you, Yes You, the man in the white shirt!" In the spoken language "you" and "you're" turns into circulation when used with interjections such as "Hey", "well", "Oh", "hush" ("Oh, you! How could you!"). Sometimes these pronouns are part of a complex of complaints: "Oh, my, well, Hello!"
Note
There are also reference-name, for which apply all the above rules. For example: "ahoy, is there anybody out there?"
Useful advice
When writing official letters after treatment usually put an exclamation mark and the next sentence starts on a new line.
Is the advice useful?
See also
Присоединяйтесь к нам
New advices