How to place commas correctly

Punctuation is a system of graphic punctuation marks and rules for their use. With it is made the text: articulation of the text is determined by its focus and the intonational pattern. Knowledge of the rules of punctuation makes it clear and helps in mastering the difficult level of language – syntax. 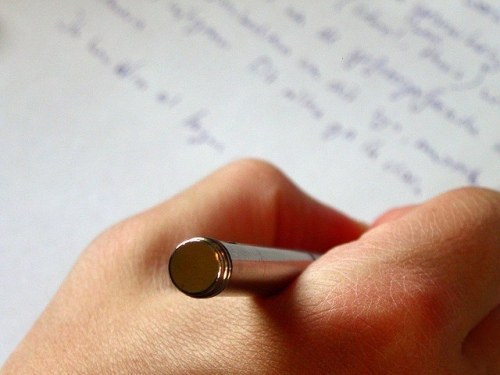 Related articles:
Instruction
1
Determine what is the role of commas in the sentence. To separate single characters are used to highlight pairs. Compare: "the Heat is unbearable, Yes plain treeless expanse of the celestial Empire" and "Band dawn mist, curly veil over the field, nickle and went into the black darkness of the forest." In the first case, a comma separates independent sentences in the composition of complex syntax, the second is allocated participial.
2
Most often the separation commas are used in homogeneous parts of the sentence connected conjunctionless connection: "the waves rushed barges, boats, planks, beams, roofs, uprooted trees." Please note that the separating comma is not put at a steady speed (to talk about this and that, nor woke up at the crack of dawn) and is not used in compound names (tea spoon Melchior).
3
Determine whether the offer between homogeneous members repeated alliances. In this case, the commas are placed, in contrast to structures with a single coordinating alliances. For example: "I managed to be at the rink and the theater"; "I managed to be at the rink and in the theater."
4
Always use a separating comma before the adversative conjunctions (but, but, but, but, yeah): "Everywhere smells like Linden blossoms, and here especially". Please note that the word "Yes" may be the connective close in meaning to the word "and". In this case, the comma is not put before him: "I was haunted by anxiety Yes, the thirst for change".
5
A simple sentence can be complicated by isolated secondary members of sentences, catching intonation and meaning, acquiring a relative autonomy. When deciding on the allocation of paired commas nonessential part of the sentence, consider:
- what word (part of speech) it relates;
- what it is expressed, circulated or not;
- its location relative to the main word (either before or after, separated or not by other members of the proposal);
- the presence or absence of additional shades of meaning (e.g., reasons, concessions).
6
Obasalsya definitions, applications, add-ons or circumstances that follow specific punctuation rules, not only of pronunciation intonation.
7
Use the paired excretory commas if the sentence is complicated constructions, grammatically not connected with other members. Such structures include the treatment, introductory words and introductory offers. For example: "My love, eh I forget you?" − the proposal highlighted the appeal of "my love"; "He believed, of course," − highlighted by a pair of commas the introductory word "say".
8
Separate by commas simple sentences in the complex. To do this, find grammar basics, define the boundaries of simple sentences and arrange the signs. For example, in the sentence "Spring shone in the sky, although the woods are still in winter was covered with snow" two grammatical foundations "spring shone" and "the woods were covered". This is a complex sentence, whose parts must be separated by a comma.
Is the advice useful?
See also
Подписывайтесь на наш канал