What areas are in Saint-Petersburg

Saint Petersburg is the second largest city of Russia. It takes quite a large area, and accordingly, is divided into several areas. Modern administrative division in many cases coincides with the historical boundaries. 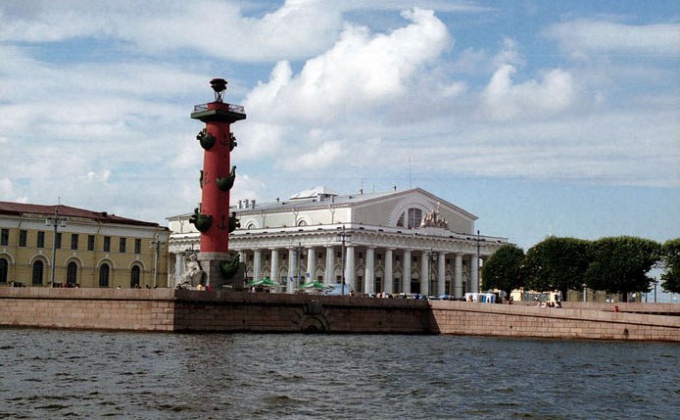 Related articles:
You will need
Instruction
1
Start your acquaintance with the city's Central district. There are several metro stations – for example, "Nevsky Prospekt", "Gostiny Dvor", "Mayakovskaya", "Ploschad Vosstaniya". In the Central area you will find many attractions, the State Hermitage Museum, State Russian Museum, Smolny Cathedral, several theatres and the most famous stores.
2
Central borders several historic neighborhoods. It Admiralteisky, Vasileostrovsky, Petrogradsky, Vyborgsky, Kalininsky, Krasnogvardeisky, Nevsky and Frunze. In each of them you will find many interesting things. On Vasilievsky island are the famous Rostral columns, Kunstkamera, Academy of arts, the Menshikov Palace, the Pushkin house, not to mention the fact that the embankments here is amazingly beautiful. In the Central area are the Peter and Paul fortress, the State Museum of missile troops and artillery, Botanical garden, Zoo. Admiralty district – a beautiful Park, the streets and canals of New Holland. In the Central area there are unique historical monuments of the Okhta Cape.
3
A little further from the centre are Kirovsky, Moskovsky and Primorsky districts. In the Kirov district you will find a few blocks of St. Petersburg in the beginning of the last century – working-class suburbs with small houses and cozy courtyards. In the Central district is Victory Park, Sport-concert complex, the Moscow gate. In the Primorsky district is Yelagin island, where is the Central Park of culture and leisure. S. M. Kirov.
4
Some areas became a feature of St. Petersburg recently. Once this was the suburbs. It is areas such as Krasnoselsky, Petrodvorets, Pushkin, Kolpino and Resort. In Krasnoselsky district has several well-preserved historic estates, although in General this part of St. Petersburg built up with modern houses. In the Pushkin district is the famous Palace and Park complex. Part of this area consists and Pavlovsk with wonderful Park and a Palace. In the Kolpino district is legendary Izhora factory in the Resort – the beaches, the house of creativity, including the estate of I. E..Repin "Penates". But the real record for the number of historical monuments – Petrodvortsovy district. There are several Palace and Park complexes – Strelna, Peterhof, Oranienbaum. Within the boundaries of St. Petersburg and Kronstadt is a district with its port, ancient FORTS, monuments of military history. From the centre of Saint-Petersburg to get to these areas quite a long time. In Krasnoselsky district there is a station of the metro "Prospect VETERANOV". In Pushkinsky, Petrodvortsovy and Kolpinsky go buses and trains, and in Kronstadt can now be reached only by Shuttle bus or bus, as after the opening of the dam ferry to Kronstadt do not go.
Is the advice useful?
See also
Присоединяйтесь к нам
New advices