As and when renamed Saint Petersburg

Saint Petersburg three times changed his name. He was Petrograd, then Leningrad, then he returned to the historical name. Each renaming was a kind of "mirror" sentiment in the country. 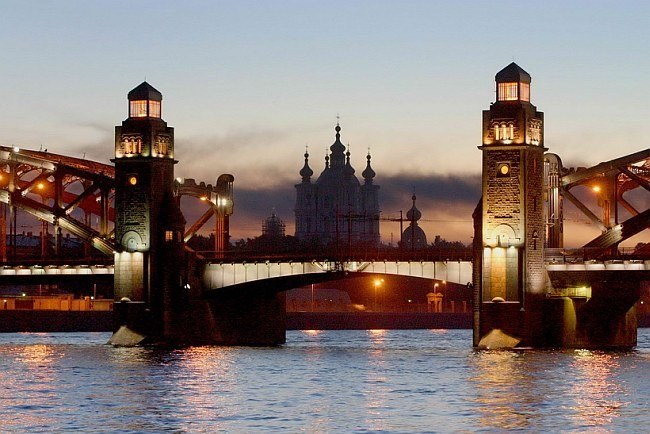 Related articles:
Instruction
1
Some believe that the name "St.-Petersburg" the city on the Neva was in honor of its founder, Peter I. But it's not. The name of his Northern Capital was named after the patron Saint of the first Russian Emperor – Peter the Apostle. "St. Petersburg" literally means "the City of St. Peter," and Peter the Great wanted to establish a city in honor of its patron Saint, another long before was laid Petersburg. And the geopolitical significance of the new Russian capital has enriched the city's name and metaphoric sense. After all, the Apostle Peter is the Keeper of the keys from the gates of Paradise, and the Peter and Paul fortress (it in 1703 began the construction of St. Petersburg) was intended to protect the marine gate of Russia.
2
The name "Saint Petersburg" Northern Capital of Russia was more than two centuries, up to 1914, then was renamed "Russian style" and was renamed to Petrograd. It was a political move of Nicholas II associated with Russia's entry into the first world war, which was accompanied by strong anti-German sentiments. It is not excluded that the decision to "Russify" the name of the city was influenced by the example of Paris, where the German and the Berlin street was quickly renamed the street Jaures and liège. The city was renamed overnight: August 18, the Emperor ordered to change the name of the city, the documents were furnished promptly, and, as he wrote in the Newspapers the next day, the townspeople "went to bed in St. Petersburg, and woke up in Petrograd".
3
The name "Petrograd" has existed on maps less than 10 years. In January 1924, on the fourth day after the death of Vladimir Ilyich Lenin, the Petrograd Council of deputies decided that the city should be renamed Leningrad. The decision noted that it made "at the request of the grieving workers", but the idea was Grigory Evseevich Zinoviev, former Chairman of the city Council. At that time the capital of Russia was moved to Moscow, and the importance of Petrograd fell. The award of the city name of the leader of the world proletariat greatly increased "ideological significance" the city of three revolutions, making it essentially "party capital" of the Communists of all countries.
4
In the late 80-ies of the last century on the wave of democratic reforms in the USSR started another wave of renaming the city with a "revolutionary names" received their historical names. Then arose the question of the renaming of Leningrad. The idea was the Deputy of the Leningrad city Council Vitaly Skoybeda. June 12, 1991, the first anniversary of adoption of Declaration on state sovereignty of the RSFSR, the city held a referendum, which was attended by nearly two-thirds of voters – and 54.9% of them voted for the return of the city name "Saint-Petersburg".
Is the advice useful?
Присоединяйтесь к нам
New advices