Causes of the seal of the labia

There are many reasons contributing to the emergence of the seal of the labia. However, most often this pathology is a consequence of the appearance of inflammation in bartolino glands located under the skin of the labia majora. These bodies have an important function, they secrete a liquid, which is necessary for lubrication of the vestibule of the vagina in the period of sexual intercourse. If clogging appears inflammatory process called bartholinitis. 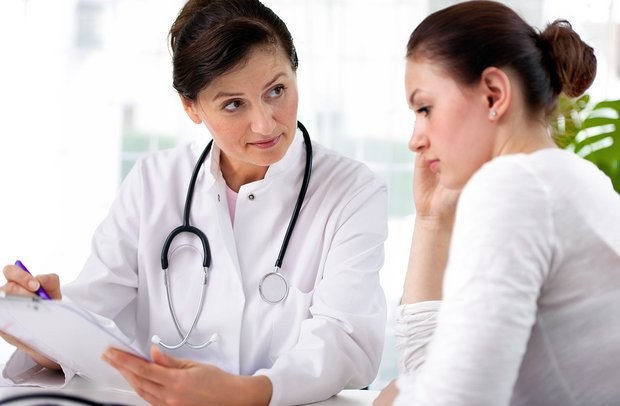 Related articles:
It should be noted that only a qualified specialist is able to make an accurate diagnosis and to identify the disease causing the appearance of the seal of the labia. Therefore, upon detection of any growths, it is advisable to immediately contact your gynecologist, who will prescribe the necessary examination and the results will give adequate and correct medical therapy.

There are several reasons contributing to the formation of inflammation bartolino glands: poor personal hygiene that leads to infection of the genital organs of a variety of germs and bacteria, causing inflammation, due to which there is a seal of the labia; the General decline of the immune system, which occurs due to the stressful situations and after the transfer of any disease; several diseases of the pelvic organs, such as thrush, chlamydia, trichomoniasis, gonorrhea. In addition, a bump on the genital lip can be the result of tumors directly in the reproductive system organs. But don't worry ahead of time. Typically, the seal formed on the external genitals are of a benign nature.

In case of neglect of the disease lump on the labia can be quite painful. In addition, there is a burning sensation, and tingling in the place of the seal. A distinctive feature is greatly increasing pain when pressing on the tumor. In addition, the following symptoms occur: an increase in the seal to the size of the eggs, the education acquires a bluish tinge, increased body temperature, there chills and General malaise, apathy and lethargy. It is worth considering that in severe cases the pain reaches such a degree of severity that a woman is not able to move normally.

Basically, the treatment of this disease is done in the hospital under careful supervision of medical staff. It is connected with necessity of carrying out the autopsy purulent seal. Also, to prevent the abscess should maintain control over the woman's condition every three hours. Treatment principle therapy of bartholinitis is the use of antibiotics and painkillers. In case of cysts in the area of large and small labia mandatory assigned surgical intervention. It should be noted that after treatment, it is advisable to very carefully carry out genital hygiene. Shown to do sitz baths on the basis of decoctions of eucalyptus and chamomile, as well as a weak solution of potassium permanganate.
Is the advice useful?
See also
Подписывайтесь на наш канал