How to smoke OS

Not only the bites and damage to berry fruits threatens to turn into a neighborhood in the suburban area with the wasps. Wasps have a good "building" skills, and therefore able to build a hive where it is necessary for them, and they protect your home better than any dog. Can they settle in the masonry walls, slowly destroying it. To get rid of these unwelcome neighbors uneasy. 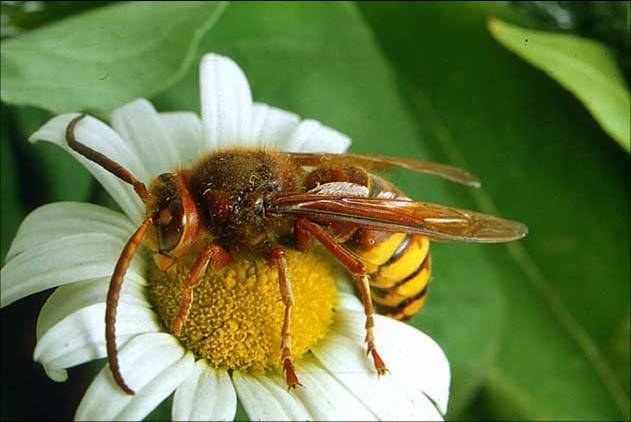 Related articles:
Instruction
1
August for summer residents and gardeners of the month becomes not only hard work on the harvest, but also fierce fight against wasps. As a rule, in the hot summer months, the OS is almost not noticeable, they migrate during the daylight hours and return "quartered" in a carefully constructed ulei that are not noticeable as long as Roy will not grow. To expect the appearance of the wasp family is the gardener who decided to plant a vineyard. Wasps love the grape berries, and therefore will arrive on the smell. Will attract wasps and raspberry bushes, as well as an abundance of currant. Apples and pears by themselves, insects are not interested, but if the horticulturist will not take it on time and the fruit is cracked, the swarm will arrive within a couple days. Moreover, wasps have the feature to remember the location of food, and even if this year you won't see a problem with Roy, then the next he will arrive and, believe me, will remain.
2
To wasps took a fancy to your garden, cover the shrubs and fruit trees during fruit ripening gauze nets, put a wind turbine design that will flutter in the wind and scare away insects.
3
Often wasps settle on the roof, the attic or on the verandas. To detect the nest could be the sound, and if it has grown (big Roy), and to see with the naked eye. Usually built nests at the top or bottom corner where there is good air circulation but no drafts. Bright light jackets are not needed, so the nest is in the shade or under something hidden. The socket has a leg, it is something like a compressed honeycomb, on the leg, extending to the shape of the ball, build a house: millions clogged the honeycomb.
4
The most dangerous time to fight with the wasps – autumn. In the autumn the females wasps are extremely aggressive, they stand up to protect the nest, and therefore even closer to Roy was found not worth it. Remember where you found the nest, and leave it until spring. In early spring, preferably in the snow, simply cut off the socket at the base and burn. The same operation can be done in late fall, but then for safety pre-cover the nest with a thick cloth so sleepy wasps couldn't get out and bite the offender.
5
OS settled in masonry, can etch with a solution of cypermethrin actellic and diluted to 5 ml in 10 liters of water. To handle the walls is in the late evening, it is advisable to wear gloves. Use the dispensers. If there is a possibility something to cover the hole from the wasp moves, do it. The effect will be significantly higher. Known drug "Fumitoks" and its counterparts are not afraid of wasps. Use chemicals like "Arrivo", "Actellic", "Ambush", "Fufanon", "Sipaz", "Malathion".
Note
It is believed that wasps are much less dangerous when eating than when building a hive, and therefore easier to prevent them to the site than to deal with the "family".
Is the advice useful?
See also
Присоединяйтесь к нам
New advices