How to get to the Variety Theatre in Moscow

The name of the Theater Stage is many knows, but not everyone will be able to navigate where he saw a very familiar sign and exactly what this remarkable theatre. 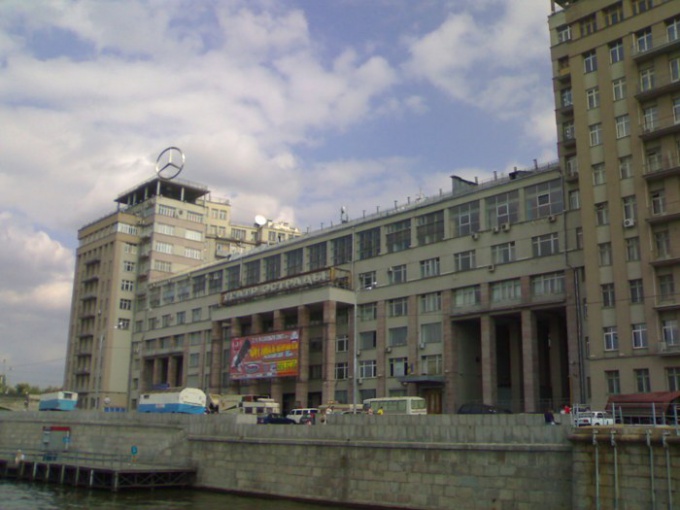 The variety theatre was opened in 1954, However, the first room was located quite unusual for many location – near Mayakovskaya square. In 1961, the troupe under the leadership of N. Smirnov-Sokolsky moved to a new building, which was located in the famous building on Bersenevskaya embankment.

Here shone a theatrical and musical groups, actors. The audience walked on the performances of the famous theatre of miniatures under the leadership of A. Raikin and orchestra L. Utesov. On the stage of the variety Theater hosted the first performances of A. Pugacheva, V. Leontiev, S. Rotaru, F. Kirkorov.

By the way, the whole 49th season in the Theater Stage was marked by the musical "Chicago" - produced in some sense by the pupils of the theatre Alla Pugacheva and Phillip Kirkorov.

In the theater were many foreign stars: amazing M. Mathieu and E. Piaf, M. Dietrich gorgeous, Aznavour, Adamo S., M. Vlady, and many others. After 1983 came to theatre Boris Brunov, it began to organize a benefit and spend evenings in memory of outstanding actors. In 1997, after the death of Brunov, the theater was headed by Gennady Khazanov.

In the Variety Theater are a few plays that always gather a full house. For example, performances of "Mixed feelings" and "Dinner with a fool".


How to get to the theater

To get to the theater in several ways, but mainly for public transport.

For this you need to get to the metro station "Borovitskaya". When you exit the metro turn right and walk to Borovitskaya square, cross the road and walk through the Great Stone bridge. After the bridge is over, and before his eyes loomed the "House on the embankment", it is necessary to descend from the bridge and turn right, as if around the house.

To get to the theatre and "Kropotkinskaya". For this you need to get out of the subway (on the side of the Temple of Christ the Savior) and walk through the Patriarchal bridge. Then turn left and move along the Bersenevskaya embankment in the direction of the "Udarnik" cinema.

A third option is to walk to the theater from the metro station "Polyanka". For this you need to move on Bolshaya Polyanka street in the direction of a Drainage channel. After the Drainage channel is over, you need to continue on the Serafimovicha street, then turn right on Bersenevskaya embankment and walk away 20/2.

Another comfortable way to reach the theatre by car. If the road is not familiar to you, it is best to use the Navigator, which will lead exactly to the target. And most importantly: where would could not leave the car, the Parking is better not to save. Otherwise there is a chance that the night after the great performance may be overshadowed by a search of my own car and pay a hefty fine.
Is the advice useful?
See also
Подписывайтесь на наш канал