How to get to the theater "Contemporary"

Among Muscovites and guests of the capital is not decreasing the number of theatergoers. C the beginning of a new season, many have worried about the tickets. And yet in the Moscow streets so easy to get lost... 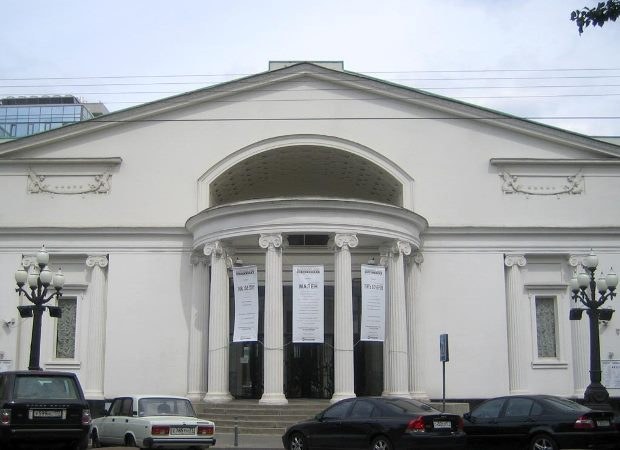 Related articles:
Instruction
1
The "Sovremennik" theatre in Moscow, Russia. His story begins in 1956, the Founders were a group of young actors. At that time, was the exposure of Stalin's personality cult. And it was at this time a free creative team of like-minded people founded a new theatre. Among the founders were Oleg Tabakov, Lilia Tolmacheva, Galina Volchek, Oleg Yefremov, and others. The first production was the play Rozov "Forever alive", which was later filmed "the birds". In 1966 the theatre was played the play "Ordinary story." In 1970 Efremov staged his latest play, "the Seagull" by Chekhov. In 1972 the theatre was replaced by the art Director, it was Galina Volchek.
2
The first five years the theatre did not have its own building. The actors used the stage of the cultural branch of the Moscow art theatre and then the concert hall of the hotel "Soviet". The first building of "Sovremennik" became the building on Mayakovsky square, after it moved out of the theater Stage. Now the theatre is located on Chistoprudny Boulevard. The building is made in neo-classical style and has elements of art Nouveau. It was originally built for the cinema "Coliseum" in 1912-1914, the auditorium has 800 seats. In 2003 the main building was added to the complex "Boulevard ring" which is a cultural and business complex. The first two floors is the "Other" theatre of 200 seats.
3
Next to the theatre metro station "Chistye Prudy", "Turgenevskaya", "Sretensky Boulevard". With any of these stations need to get on Chistoprudny Boulevard. If you go with the "Turgenevskaya", you need access to the Myasnitskaya street. Next, go through it, go past the metro station "Pure ponds" and you will come to the Boulevard.
4
If you exit from the station "Sretensky Boulevard", then you need to go Myasnitskaya street, go past McDonald's and the station "Pure ponds". The Sovremennik theatre is located on the left side of Chistoprudny Boulevard, behind the restaurant "Yaposha" and "Boulevard ring". In front of the building are ponds.
5
The theater can also be reached from the station "China town". In this case, you need an exit to Maroseyka. You can take any trolleybus. Go to the bus stop "Pokrovsky gates". Or we can walk. You need to go around the ponds on the Boulevard to the right and take a few minutes ahead, past the street Makarenko. You get the building of the theater "Contemporary". Have a nice evening!
Is the advice useful?
See also
Подписывайтесь на наш канал