The deepest and most shallow sea in Russia

Russia – a Maritime power, its shores are washed by 12 seas. In the South-West is a warm Black, Caspian and Azov seas, in the East – Japan, Okhotsk and Bering, in the North – a harsh Laptev sea, Barents sea, Kara sea. Each sea has its average depth, but there are 2 record – the deepest and the most shallow. 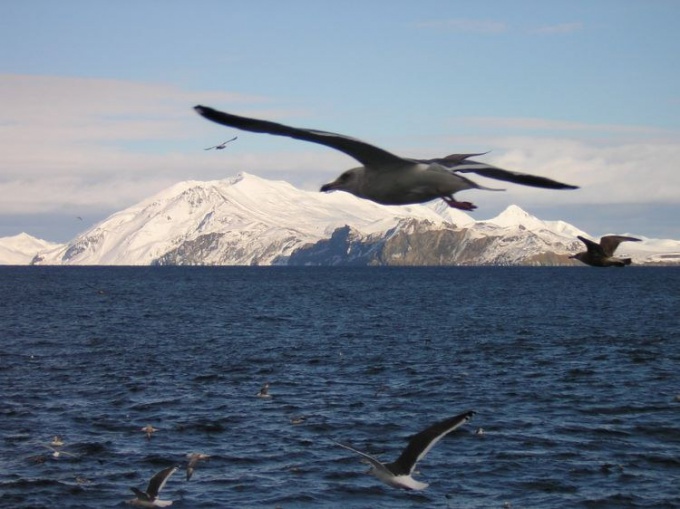 The deepest sea in Russia

The deepest sea in Russia is the Bering sea named in honor of a Russian officer-seafarer Danish Vitus Bering, who explored this uncomfortable, deep North sea in the mid-18th century. Before making their official names Bering sea was called the beaver or Kamchatka. The average depth is about 1600 meters. In the deepest areas recorded depth 4151 meter. About half of the area occupied space with a depth of over 500 meters, the entire area it is more than 2,315 square kilometers.

The Bering sea is not only the deepest but also the most Northern water body of Russia. Sea covered with ice in September, and is released only by June, the ice can cover up to half of the area of the reservoir. In the coastal zone and bays, the ice forms an impenetrable field, but the open part of the sea never fully tightens with ice. The ice in the open part of the Bering sea is in constant motion under the influence of winds and currents often form hummocks height up to 20 meters.

Despite its depth, the Bering sea in the global competition is not even in the top ten of the deepest seas. It refers to the Pacific ocean, separated by the Aleutian and Commander Islands, it is part of the water border between Russia and the United States. The Bering Strait connects the Bering sea with the Chukchi sea and Arctic ocean.

The shallow sea in Russia

The shallow sea in Russia – the sea of Azov. Its average depth is only about 7 meters, the maximum does not exceed 13.5 cm. The Azov sea is the smallest sea not only in Russia but also in the world.

Azov sea belongs to the basin of the Atlantic ocean, an inland sea in Eastern Europe, the Kerch Strait connects the Black sea is located between Russia and Ukraine. The Azov sea is not only the small but also one of the smallest seas in the world. The maximum length is 380 km, the maximum width is 200 km, the coastline is 2686 km, the surface area of 37800 square meters. km.

The inflow of river waters in the Azov sea and is abundant up to 12% of the total volume of water. The main inflow is in the Northern part, so the water there contains very little salt, and in winter freezes easily. In winter covered with ice up to half the area of sea ice can be brought into the Black sea through the Kerch Strait.

In the summer, due to the shallowness, the sea of Azov quickly and evenly heated to an average temperature of 24 – 26 degrees, making it a great place for recreation and fishing.
Is the advice useful?
Присоединяйтесь к нам
New advices