Inexpensive where to go to the theater in Moscow

Not always willing to spend time culturally can afford it. Prices for theatre tickets at times seem exorbitant. But in Moscow it is possible to watch the performances inexpensively. 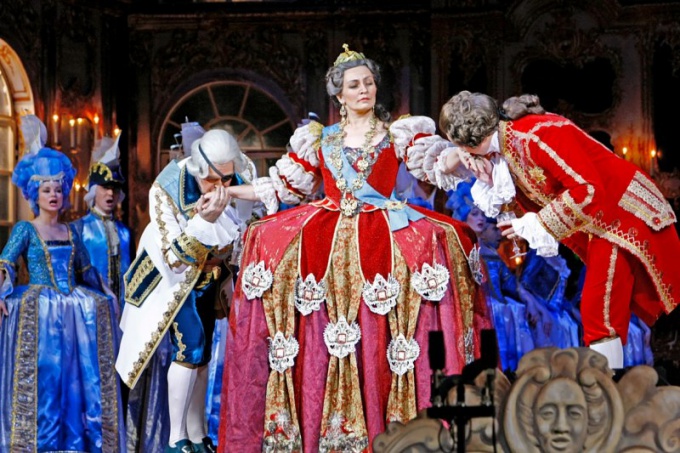 Related articles:
Instruction
1
Visit the drama theatre "Vernadsky, 13". Here are mostly children's plays, but there are performances for adults. The cost of tickets in the 2013-2014 season starts from 200 rubles.
2
Enjoy the action in "Helikon-Opera". Moscow musical theatre with an auditorium of 250 seats and offers to your attention a classic setting at very reasonable prices. "Helikon-Opera" has international recognition. Her supervisor put a lot of performances in Estonia, Germany, Spain, France, Sweden, Canada, New Zealand and other countries. The theatre has a number of awards, including "Golden mask" and "hit of the season". As for tickets, they are really inexpensive by the standards of the capital – from 180 rubles.
3
Go to the Moscow drama theatre named after Pushkin. One of the most famous theatres of the capital, founded in the mid-20th century, is glad to accept in the walls of lovers of culture. The school is located on Tverskoy Boulevard, house 23. Work in theatre Directors such as Dmitry Astrakhan, Igor Bochkin and Evgeny Pisarev. Among the cast, you can highlight Anna Legman, Vladimir Zherebtsov, Anastasia Panin. The cost of tickets to various performances, however, in some performances you can go for just 250 rubles.
4
See performances at the Moscow drama theatre "Sphere". The main idea here is communication between viewer and artist. The theater building is located in the Hermitage garden on Karetny Ryad. In different years in "the Field" played Peter Krasilov, Sergey Rudzevich, Oleg Dal, George Taratorkin. To 2013 its artistic Director was the founder of the theatre – Ekaterina Elanskaya. In "the Field" put the following performances: "the Cherry orchard", "the Island of Crimea", "Lolita", "the Seagull", "the Little Prince". Prices for performances vary, but you can find very inexpensive – from 300 rubles.
Is the advice useful?
See also
Присоединяйтесь к нам
New advices