Of the meteorological phenomena of the storm are perhaps the most mysterious. Many of the internal processes of a conventional storm incomprehensible even to scientists, not to mention the ordinary people. It is logical that sometimes the most powerful thunder give people an irrational fear, to overcome which is the easiest understanding of what thunder is. 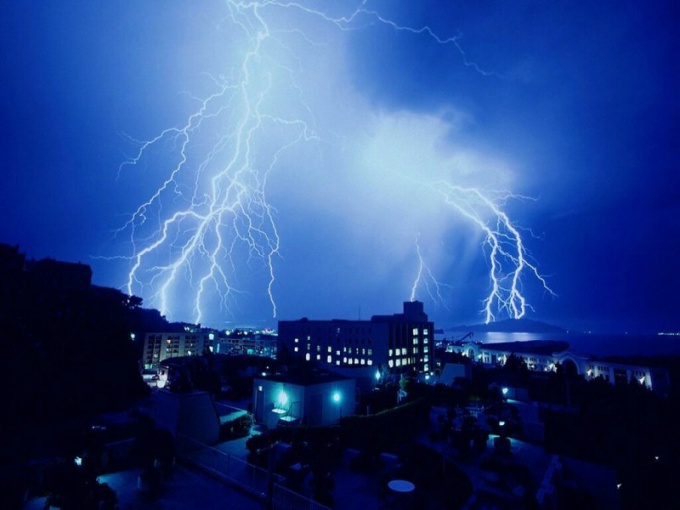 A bright flash, signifying the beginning of a serious downpour, referred to as the "lightning." In the clouds during the rain builds up a massive electrical charge, and it is logical that he is looking for something to do. Because on top of "catch" not at all, can only hit into the ground (or something metallic – lightning, for example). Released while the charge is huge: the voltage reaches 50 million volts!

It is logical that discharge greatly affects everything around him, in particular – on the air in the immediate vicinity. Tremendous energy in a fraction of a second heats the surrounding area to 30 thousand degrees Celsius, which here was born the sound wave, called thunder.

Light travels many times faster than sound, so if at the point of impact all at the same time, already at the distance of a few kilometers there is a tangible delay. This is the first reason why the thunder threat: it is only later when you hear it, you can be sure that the main impact has passed.

But if the lightning flashes only once, why the noise lasts a few seconds in a row? Imagine yourself in the woods. If you shout loud enough, the sound will be reflected from surrounding objects (trees, leaves, earth) and return to you in the form of an echo. The sound of thunder a few louder you scream, but the principle remains the same: Bouncing off the earth's surface, clouds, Isaias in the air, he comes to some points not once, but several "stretched". Remember that echo still, no one was hurt in this sense, the thunder is absolutely not dangerous.

However, not everything is so rosy. It is now clear that the thunder is only a sound, but the sound also can hurt: if it's too loud, of course. Directly around the lightning waves reach 120 decibels, which is the limit of audibility of the average human, roughly the same as the noise of an airplane taking off. If you are not used to the explosion of grenades in the immediate neighborhood and do not have a musical ear, the untrained eardrum can greatly suffer if you are near the lightning flashes.