How to reach red square in Moscow

Red square – the main attraction of the capital of Russia – Moscow. To get to it very simple, but tourists are often confused by the fact that none of the subway station is not named after the famous square. 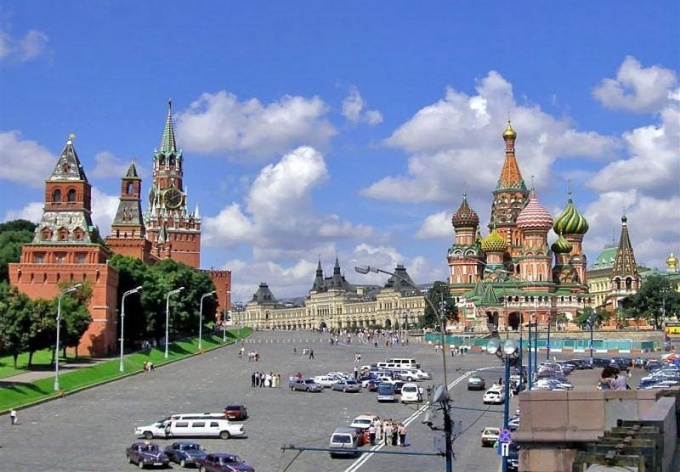 The red square is the heart of Moscow, and it is surrounded by two hub metro, you can use any of them. In what part of Moscow would you go to get to the cherished sights, simply hop on the metro train, which goes to the center.

The first hub, which is easy to get to Red square, includes three stations: Okhotny Ryad, Ploshchad Revolyutsii and Teatralnaya. This is the intersection of the red, blue and green branches, or Falconer, Arbatsko-intercession and Zamoskvoretskaya lines.

As soon as you can reach any of these stations, get out of the car and look around in the lobby of the station. You need a pointer to the exit to the Manezh square. Panavise on the street, you will see a big beautiful red brick building is a Historical Museum. If you head right to him, and then it will pass, then go right to Red square.

The second intersection of the metro stations – four stations "Arbatskaya", "Borovitskaya", "Alexandrovsky sad" and "Biblioteka imeni Lenina". It is red, blue, grey and blue metro station, they are called Sokolnicza, Arbatsko-Pokrovskaya, Serpukhovsko-Timiryazevskaya and the Filyovskaya line.

At these stations you will need to find a pointer to the exit to Aleksandrovsky garden. Once you get into it, you will see the Kremlin wall: the garden is located right next to it. Turn right and a little walk around the Kremlin wall. A few minutes walk and you will see a Red square. In addition, you will pass by the Kutafia tower, through which you can go to the Kremlin itself.

Sightseeing and visits to red square

Visit the red square absolutely for free. It's always open, except in special dates, for example, its overlapping on the occasion of the may 9 parade or for various celebrations.

On red square there are many attractions, including Zero, the temporary markets with Souvenirs, the Lenin Mausoleum, GUM Department store and Historical Museum, monument to Minin and Pozharsky, a place of execution, St. Basil's Cathedral and Cathedral of the Kazan mother of God. All the buildings make up a harmonious ensemble, and despite the fact that the area is quite small, it is something to see.

Not everyone knows about it, but Lenin's Mausoleum is free to visit. To get to the mausoleum you have to walk through a metal detector. They have large bags, it is advisable to carry as little as possible.

Generally, if you are going to Red square, it is best to take a passport, because the police quite part checks the documents of citizens walking there.
Is the advice useful?
See also
Присоединяйтесь к нам
New advices