How to arrange the wires

Farewell to the army – event in the life of a young man. After all, he is a whole year of being separated from parents and friends may go through quite the ordeal of military service. Give other holiday, the memories of which will sustain him in the course of this year. 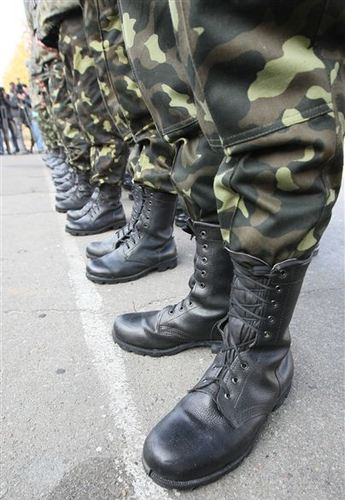 Related articles:
Instruction
1
Future soldiers need to feel the support and attention of friends and especially his girlfriend. On the eve of the wires give the young man more time, arrange a fun joint trip, and then spend with your beloved romantic evening for two.
2
Pick up the poems and songs, which will support young soldier. This will help the many resources of the world wide web, but of course, it will be much better if a warm poem you write yourself.
3
The best verse to write on a beautiful card and give it to a future recruit. Maybe she will become a real talisman and will add strength in difficult times.
4
Gifts to the departing boys. First and foremost, give useful items, such as a simple mobile phone (not to give expensive models), razor and tape, band-AIDS, needles and spools of thread, soap in the soap dish, beautiful toothbrush, notebook, envelopes, pen and a photo album. The money also will be not superfluous, but remember that too much can attract unwanted attention soldier and old-timers. The same applies to the expensive and beautiful things.
5
Give a few humorous gifts, they will help to cheer up a young man, departing to the army. For example, a cool calendar, which pre-marked date of demobilization, a funny postcard, a toy, but a beautiful weapon, symbolic insignia.
6
At the feast, arrange a merry comic competitions, for example, a competition for the best army anecdote or funny exam that checks knowledge of military ranks. You can also make a small performance-scenes from the life of a common soldier. The most important thing – to raise the morale of the recruit, instill in him confidence in his abilities.
7
The wires cannot be reduced to a normal meal is drunk, make sure that this holiday remained in the memory of the recruit and his friends forever.
Is the advice useful?
See also
Подписывайтесь на наш канал