How to make a friend farewell to the army

Military service is honorable and prestigious thing, necessary for every young man seeking to become a real man. But for a young person it's hard to part with an established family life, with friends and family with my girlfriend. So that the future soldiers were looking forward to their retirement and fondly remembered the last days of civilian life, pursue a man in the army should be memorable. 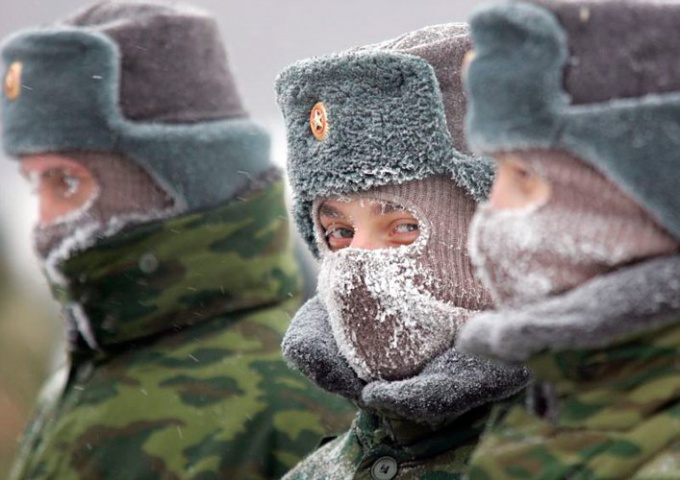 Related articles:
Instruction
1
Usually escort the army noisy company of friends and relatives. Lay the table, singing songs with a guitar, remember events from my childhood. Seeing invite all who are dear conscript friends, family, classmates and, of course, his favorite. Everyone who will be waiting for him from the army, to write him letters.
2
Often the future soldier was presented with an original and memorable gift that he can bring to the service and which will remind the wires in the Armed Forces. Often give money as much as they can. Allowance of the soldier at the call of the small, and a certain amount of money he will need in the first months of service in the army. Sometimes in jest young admits hat in a circle in which everyone is invited to collect money to "soldier boots".
3
One of the traditions in the army – shaving bald. At the recruiting office recruits shave machine "at zero" and to save future soldiers from this procedure, it is shaved at home. Friends the procedure is fun and remembered by all for a long Many family and girlfriend recruit often kept locks of the soldier until his return from the army. Already served in the army comrades telling recruits about the peculiarities of military service, I remember the interesting moments of army life.
4
Depending on traditions, from the number of guests and the financial capacity of the wires noted in a cafe, in a sauna, at a picnic or at home. In summer, the feast often takes place at the cottage with a barbecue and alcohol. Friends of the recruit should take care of the entertainment of the young person, family – to not overload the youth with alcohol. Also often arrange the "double" wires – in one day the friends and classmates of the recruit, in the next day soldiers escorted the family and friends.
5
To seeing was truly memorable, the family of the pre-write a sample script of events. Pre-compose the toast. Prepare in advance gifts. Often, recruits are presented with photo album of friends and relatives, in which he write wishes, advice or any jokes. The girls sing the song the recruit. This format allows the wires to arrange a happy holiday without alcohol.
6
Some in the memory of the past in the army at home hanging the ribbon, symbolizing that a part of the future conscript will always be home. Throw some coins under the wheels of an army bus, which leaves the soldier. Believers call before you visit the Church asking the blessings of the priest on the path service.
7
Try on a military uniform before leaving for the army considered a bad omen. A well-regarded, if a soldier goes home back forward to come back alive and healthy.
Is the advice useful?
See also
Показать еще
Подписывайтесь на наш канал