What do elevated platelets

Platelets are small platelets that are produced in the red bone marrow. They are involved in stopping bleeding and stimulate healing of damaged tissues. As a rule, abnormal platelets indicates the presence of serious diseases. 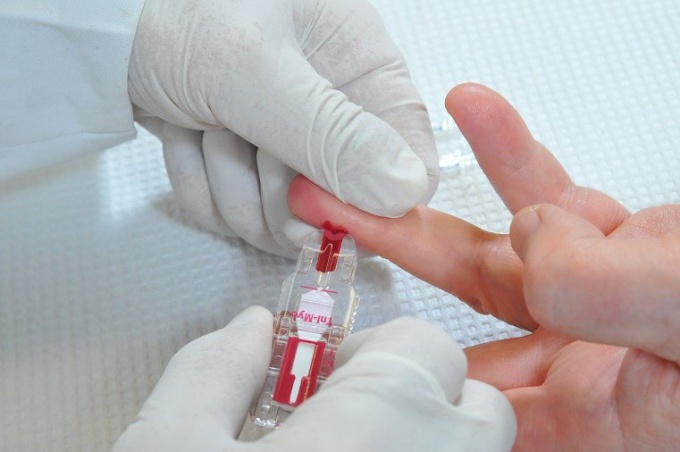 Related articles:
You will need
Instruction
1
In order to increase the number of platelets (thrombocytosis) in the blood, it is necessary to know their normal. For a healthy adult it is about 250×10 9 per litre degree, but allow an interval 180-320×10 in 9 degrees / l. However, it should be borne in mind that the platelets come in different forms, and their relationship is of great importance in the diagnosis of diseases. The fact that the increased overall number of platelets is not what it says, most importantly what is their form dominates. In addition, the prevalence of any form when normal indicator of the total number of platelets may indicate a pathological state. The norm among the total number of platelets should contain up to 90% Mature, up to 0.8 % - a young and not more than 5.6 % of the platelets, forms of irritation – to 2.3 %, degenerative forms – not more than 0.2 %.
2
It is important to know that the increased number of young forms is observed immediately after surgery, as well as in acute or chronic blood loss in the human body. In the analysis of blood the increase of this form of platelets occurs with the active work of the bone marrow that usually happens when bleeding. The increase in the percentage of older platelets are generally observed in cancer. The increase in the number of forms of irritation happens in diseases of the blood, and increasing the number of degenerative forms in pathological conditions of the hematopoietic system. The total number of platelets is enhanced during exacerbation of serious chronic illnesses (liver disease, gastrointestinal tract, joints), viral and bacterial infections, diseases of blood and blood count, presence of a malignant tumor, after surgical intervention, with some groups of drugs, as well as in case of wrong material or incorrect analysis.
3
Increasing the number of platelets in the blood should not engage in self-diagnosis and self-treatment, as this may lead to serious consequences. Only a doctor can order additional testing to identify the cause of thrombocytosis. In parallel, be sure to use drugs that reduce platelet count, for example, "Aspecard". In addition, can be prescribed drugs that prevent blood clots, for example, "Warfarin". However, all these funds should be taken strictly on prescription and under his constant supervision.
Note
Thrombocytosis - the tendency of an organism to the formation of blood clots. This state is fraught with myocardial infarction, stroke, deep vein thrombosis of the lower limbs and eventual death from blockage of the aorta is cut off by a blood clot.
Useful advice
The number of platelets is greatly influenced by nutrition. At the time of treatment of thrombocytosis is usually recommended to exclude alcohol, fried and fatty, drink plenty of fluids and foods that thin the blood.
Is the advice useful?
See also
Подписывайтесь на наш канал