What are the programming languages

Programming languages provide an opportunity to create tools for work, communication and creativity. In the world there are thousands of languages that allow for meaningful dialogue with the computer. 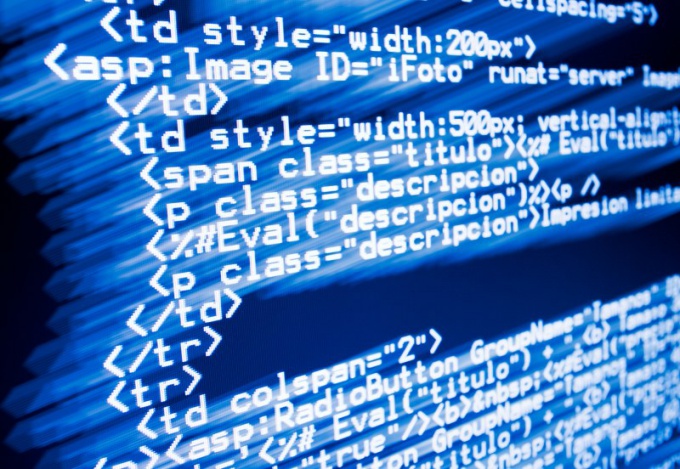 The basis of the Internet is a markup language - html. It allows you to provide information by setting the text, images, audio and video files special properties by controlling their structure. To work with full-fledged languages for web programming you must understand the structure of html documents and html commands - so-called tags.

PHP is a programming language for creating interactive web sites. Php program (script) located on remote computers (servers). Internet user when you access a domain name requests files from the server. A Php script generates html code depending on user request, it dynamically as a full-fledged computer program that responds to actions.

Usually PHP interacts with the database with a separate query language. The most popular language for database queries - MySQL. It allows you to create a relational database based on relationships between the table structures.

Language "si", which later became the progenitor of dozens of languages was created in the beginning of the second half of the XX century to work with the CPU memory directly. Computers at that time was huge and was used for military and scientific purposes.

Language "C" has a simple structure, it teams can be played even children. "Si" can expand the community of programmers using special file functions libraries.

On the basis of the language "C" has grown to a group of development tools (CLR) and full-fledged languages. C# (ASP) is a software products company Microsoft. C++ has become a favorite tool of developers around the world.

The language Pascal was created for teaching purposes Scandinavian programmer NORTHCOM Virt. This language has long been taught in Soviet schools and universities are also locally used by the scientific institutions of Europe. Because of difficulties with scalability (in Pascal there are no prototypes of the library files used in C-languages), the language is not widely used in writing software.

Delphi - the successor of Pascal. Because many programmers had the basics of the specialty on a simple algorithmic relationship Pascal, a group of developers decided to create a tool for working on the successor of the Pascal language: because the basic commands are familiar, there are many mathematical functions.

Usually new languages are emerging to solve specific problems. The IFrame is creating applications "Vkontakte", Erlang - working with server load, NOSQL database development with untyped architecture. At the beginning of work with new tools is hampered by the lack of documentation, but hidden and additional advantages: you can communicate with "followers" language, to make a name in the developer community, to obtain background information from the source.
Is the advice useful?
See also
Присоединяйтесь к нам
New advices