Every year computers are becoming more common. They become faster and easier to use, and the profession of programmer has already become one of the most popular and highly paid. Even non - programming people almost certainly heard that there are languages programming. What do they need and why so many? 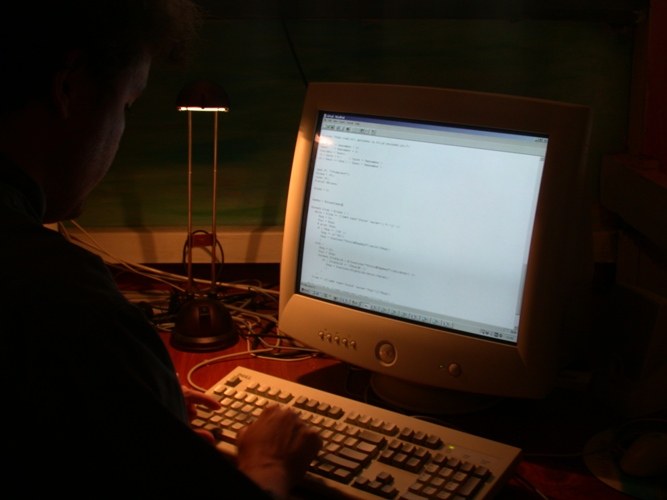 Related articles:
No matter how perfect a computer without software it is simply a pile of metal and plastic. The programs define what and how does the computer the sequence in which it performs certain operations. The first languages of programming began to appear in the early fifties and was used to convert simple arithmetic expressions into machine code. Machine code is a system of computer code that is interpreted directly by the microprocessor. But the person writing the program in machine code is very inconvenient. To facilitate the work of the programmer, and started to create languages programming.Languages of programming are divided into languages of high level and low. The higher the language level, the easier it is to write it to the programmer. Such language more human-friendly, as it allows using a simple semantic structures to specify the necessary sequence of actions. After creating a program it is compiling – that is, the automatic translation in an understandable processor, the machine language code. The low level languages are much closer to the machine language code, so write to them harder. But they have the advantage – it is written in the language of the program work very fast and compact. The most popular low-level language is Assembler. Some of the benefits are so obvious that even in complex programs written in high-level languages often use inserts in the Assembler.Despite the existence of many languages of programming, widespread can be counted on the fingers. One of the most common is C++. It is very convenient and simple enough for a programmer's language that allows to create programs of any complexity. Not so long ago, Microsoft developed language C# (pronounced "C sharp"), has a number of new features designed for writing programs for the Windows operating system. Microsoft released and very popular environment of programming Microsoft Visual Studio that allows you to program in C++, C# and some other languages.Very famous is the language of programming Delphi. Its origin he comes from a once well-known Pascal, but thanks to the efforts of Borland company acquired a number of new characteristics, becoming, in essence, a new language. To write in that language simply and conveniently, and due to the environment of programming Borland Delphi, he received very wide distribution.Languages without programming would be impossible and the existence of the Internet. Such languagesas Perl and PHP allow you to create scripts, define the execution pages of the site the necessary actions. Even creating the simplest web page is impossible without knowledge of HTML – the standard markup language documents. Computing devices are now everywhere: in cell phones and ATMs, in machine tools with numerical control and the TV. Hard to find a sphere of life in which they would not have been in one way or another involved. All these devices operate with programs written using those languages or other programming.
Is the advice useful?
See also
Подписывайтесь на наш канал