Why cats are tri-color , and no cats?

Tri-colored cats are among the most popular Pets, which became famous thanks to its unusual color. An unusual phenomenon of this breed is the absence of the tricolor coat color in cats-males. With what it is connected? 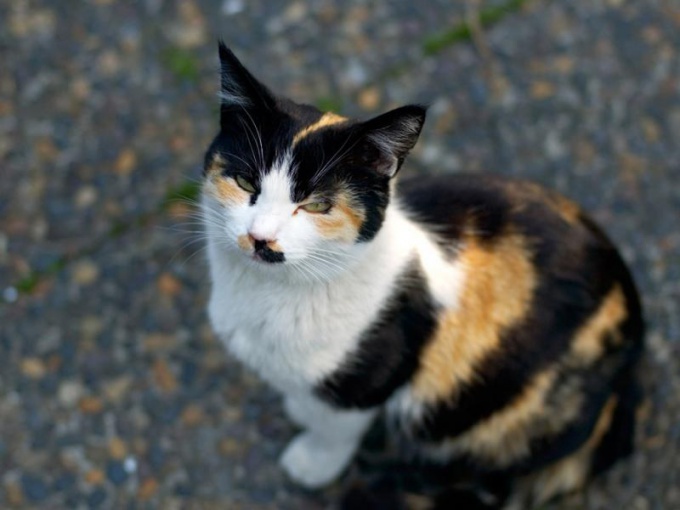 The origin of the tricolor cats 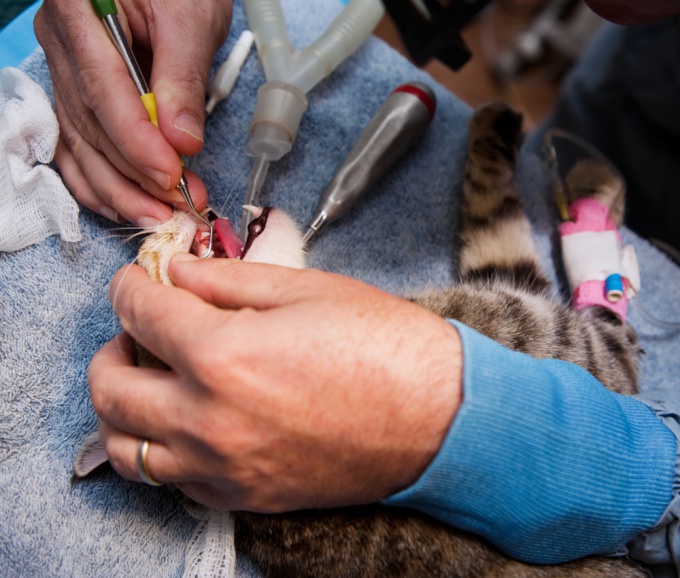 Tri-color cats have a pronounced color in patches of black, red and white. The black hue comes from the pigment eumelanin, while red is completely dependent on pigment pheomelanin. Their color can be changed under the influence of certain genes that turn them into a ginger and chocolate, blue and cream and cream and lilac shades.

The name tri-colored cats Calico cat (English). is derived from the type of cotton fabric that was invented in India.

In Japan, the breed is called Mike-neko, literally meaning "three-colored cat". In the Dutch translation lapjeskat means "patchwork cat". The term "tricolor" in this case means only the coloration of wool and has nothing to do with the breed itself. Among the cat breeds that may possess trichromatic color include American and British Shorthair cats, Maine coons, Manx, Japanese Bobtail, Persian cats, exotic cats & Turkish vans. Main color tri-color cats is white, whereas the color stains they may have a tabby pattern.

Why cats don't come in tri-color 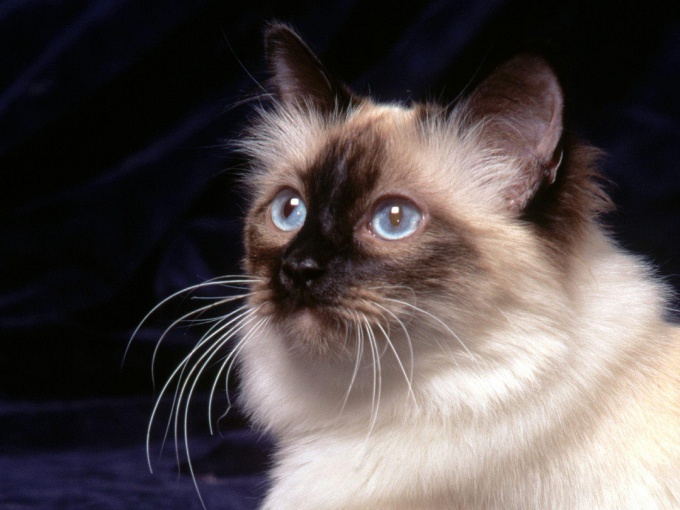 The lack trichromatic color in cats of this breed is due to X-chromosome that determines fur color. In contrast, females, having two X-chromosomes, males have one X and y chromosome, so a simultaneous combination of black and orange pigments are practically not found. The only exception is the presence of, XXY set of sex chromosomes, in which cats have the tri-color or tortie color.

Most often tri-colored cats are completely sterile, because the presence of two X chromosomes is an anomaly that causes infertility.

The orange gene, which affects coat color and tied to the floor, is the only Syrian hamsters cats. All melanocytes are derived from cells with an active allele, "o", dyed wool in red, regardless of genotype. Melanocytes with active allele "o" give a black color. If they agouti gene, the coat will be covered with Islands of black or red pigment. Today, this gene is very poorly studied, however, it is known that it eliminates the effects of the mutant allele, which evenly stains the hair melanin of the same type. As a result, the red background, the three-color cats show spots or stripes, regardless of the genotype at the agouti gene.
Is the advice useful?
See also
Присоединяйтесь к нам
New advices