For many hundreds of years with us under one side live furry Pets. But all that we know about them is true? 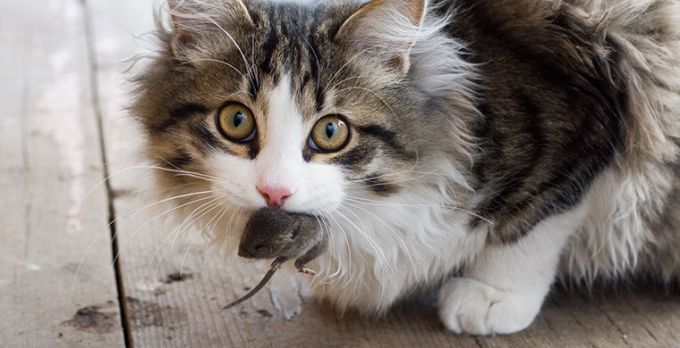 There is a perception that cats are very sensitive and can out master shit where they want. It's a lie. Cat changes its toilet, because you may experience stressful situation. It can be: repairs in the apartment, the human quarrel, moving furniture, the arrival of a stranger in the house, or disease associated with the kidneys.

Many people think that the thicker the animal, the happier it is. This is not so. Conversely, if the cat starts to gain weight is a serious reason to go to the vet. Most likely, your pet is just sick. The weight gain can lead to diabetes, obesity, vascular diseases and heart and other troubles. In some countries, such negligent treatment of animals is punishable by fines and even imprisonment for several months.

A cat jumping from any height, always lands on four paws, and she really can't hurt. It's not true. Of course, they are perfectly able to redistribute their weight during the fall, but it does not mean that they really can't hurt to do it. Many animals after jumping broken bones and even died.

If you castrate a cat, he will become lazy. It's a lie. Pet even after such an operation will sleep as much as always. Sleep may take 15-18 hours a day. Do not worry – it is normal for a healthy animal.

Cats can see perfectly in the night as well as day. This is not entirely true. Actually, the cats, of course, much better than people see in the dark, but they also have problems with vision. Animals who have hyperopia, can not see the mouse under his nose, until she tries to escape. In the dark they rely more on smell.

When a pet begins to lick himself – it does not mean that he's clean. Maybe it's just something to think or is faced with a choice. Of course, the licking of the coat and serves for washing.

March is the month when cats start to yell. That's not true. Regardless of the time of year, animals will not stop this occupation. With cries they attracted the attention of the hosts, divide the territory and are looking for a partner. Why March is the most active month of the year? Just the weather warms up and people start to put Windows and to open Windows and thus allow their Pets to come together.

The meanest breed of cats is considered to be conjoined. This is not so, just this breed is more active and emotional than others.

A dog and a cat, the worst enemies. Of course, it is not. All members of our little brothers when they first met acting insecure. However, if a cat and a dog live in the same house, they coexist with each other. But if they learn at a very young age, it will become the best of friends.

Before you sterilize the cat, you have to give her a chance to Okolitsa. Not true. If you do not want to have more cats, making it not necessarily. The instinct of reproduction in animals nature, if not to give him a "Wake up", your cat will know nothing about it.

Cats can heal themselves. Of course, it's a lie. Serious diseases they can't cure you. It is still necessary to show the animal to the doctor.