Where on the Black sea, the rocky beaches, where sand

On the Black sea coast attracts several million tourists. A large number of resorts and tourist services allow you to choose a vacation to your preference and financial status. Even the beaches on the black sea coast pleasing variety, allowing you to enjoy soft sand and warm pebbles. 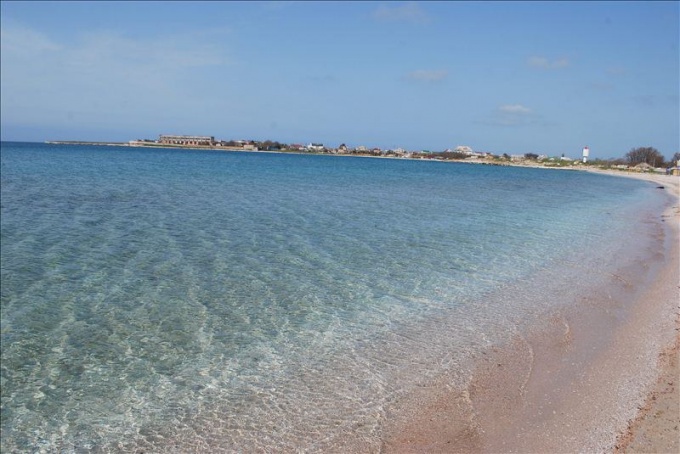 Rocky beaches on the Black sea

Great rocky beaches with small pebbles, and pleasant to the feet, you can find almost on all resorts of Sochi: Lazarevskoe, Adler, Khosta, Central. Entry into the water at these beaches is different, but the most popular places for recreation, as a rule, no large stones with sharp edges, which could injure feet.

Known for rocky beaches and part of the resorts relating to Noumea. So, pebbly beaches prevail in the villages of Arkhipo-Osipovka and Kabardinka and Divnomorskoye. Strewn with pebbles, with some sand beaches on the Thin Cape, in the sanatorium "Blue wave", boarding-house "Chernomorets" and "Caucasus". Pretty clean rocky beach and boasts quiet village dzhanhot, near Gelendzhik.

In the Tuapse district of the Amateur pebbles best place to relax in the village Novomikhailovsky or Dzhubga. In Lermontovo beaches strewn with pebbles, mixed with sand, and in Olginka – small washed pebbles.

You can find rocky beaches near Anapa. Stones and pebble, for example, littered the beaches of the coast and "Little Bay". In some places the sea is quite dangerous, especially in wild areas.

Those who likes to relax on the pebbly beaches, you can also go on the black sea coast in Abkhazia.

Sandy beaches on the Black sea

Nice sandy beach is located in the city of Gelendzhik. Its length is 500 meters and width 30 meters. There are sheds, changing rooms and showers for rent various beach equipment. The entrance to the sea on the Central beach of Gelendzhik with no sharp pits, but the depth increases pretty quickly.

Many sandy beaches are located in Anapa, close to her. Beach Dzhemete, along Pioneer Avenue, strewn with small fine sand and gently slopes into the sea, so there's a good rest for the elderly or families with children.

The only downside – during peak season a lot of people, and the sea in the coastal area in late summer often looks untidy due to the large amount of algae.

Great sandy beach is also on the territory of children's camp "Eaglet" in Tuapse district and adjoining camps. There is no promenade and plenty of entertainments, however, the sea even in the season is often very clean. When you enter the water depth increases very slowly.

In Ukraine most of the beaches are sandy. Lovers of fine sand it is best to rest in Yalta, Evpatoria, Feodosia and Sevastopol.
Is the advice useful?
See also
Подписывайтесь на наш канал