Where is the country of Cambodia

Cambodia is a country of mysterious and fragrant South East Asia. Many have heard about the Grand Angkor Wat and the tragic history of this state, but few today has a clear picture of where Cambodia is located and how to reach it. 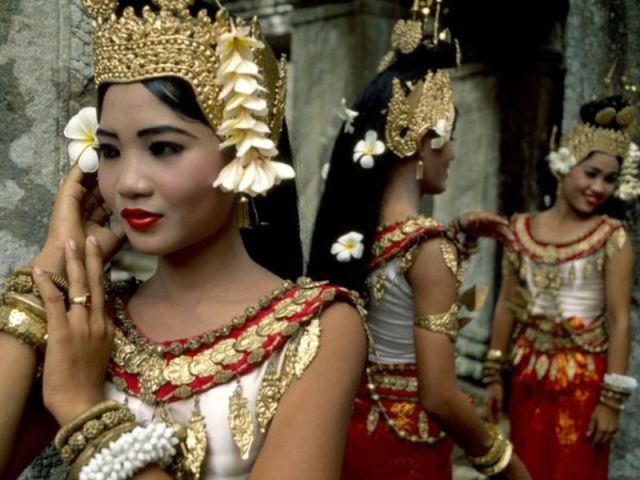 This country is located in the South-Eastern part of Asia and borders with the States of Thailand, Laos and Vietnam. The Western part of Cambodia, for the most part has access to the Gulf of Thailand, and on this side is the most popular Cambodian seaside resort of Sihanoukville. In addition to Sihanoukville, tourists are popular local town of Siem reap-Riem, near which is an ancient religious monument – Angkor Wat.

The capital of Cambodia is Phnom Penh, located roughly in the center of the country, however, is not particularly popular among tourists.

How to get to Cambodia from Russia

For a long time this country was more of a "add-on" to the tour program from Thailand. Today, however, RIA, for example, annually visited by over two million tourists from around the world, and we can safely say that Cambodia becomes a full-fledged independent tourist destination.

From Russia to Cambodia today, alas, there are no direct regular or Charter flights. However, it is possible to get to Cambodia from Russia on a connecting flight from Moscow to Ho Chi Minh city – Phnom Penh airlines "Transaero" and "Vietnam airlines". You can also go to the Khmer Kingdom air route Moscow – Bangkok –Phnom Penh on the wings of airlines "Transaero", "Aeroflot" or "Thai Airways". In the first and second cases, the duration of the flight without taking into account a direct will be about 10 - 11 hours.

The media recently announced that the largest domestic tour operators are keen to launch in skorom time Charter chain from Moscow to Phnom Penh to Moscow.

From regions of Russia is possible with connections in South-East Asia to get to Phnom Penh or Siem reap-Riem from Saint-Petersburg, Novosibirsk, Samara, Krasnodar, Yekaterinburg, Tomsk, Khabarovsk and other cities. For the most part this opportunity provides domestic carrier "Siberian airlines".

How to get to Cambodia from Thailand

Despite the ability to reach Cambodia by air transport, low cost and easier still to get to Siem reap-Phnom Penh reap or from neighbouring Thailand. And, often this can be done by buses of regular messages. So, from the popular Thai resort of Pattaya to get on the bus to Siem reap-reap is 7 hours and about 500 rubles per person.