How to cross the border of Abkhazia

Abkhazia during the Soviet Union were all-Union health resort, and to come here on vacation dream of many. For several years after the end of the economic blockade and the Republic of Abkhazia was recognized by Russia, among these countries the visa-free regime. This, of course, attracted to the Republic, an increasing number of Russian tourists wishing not only to relax but also to see the historical monuments, and admire the beauty of Abkhazian nature. 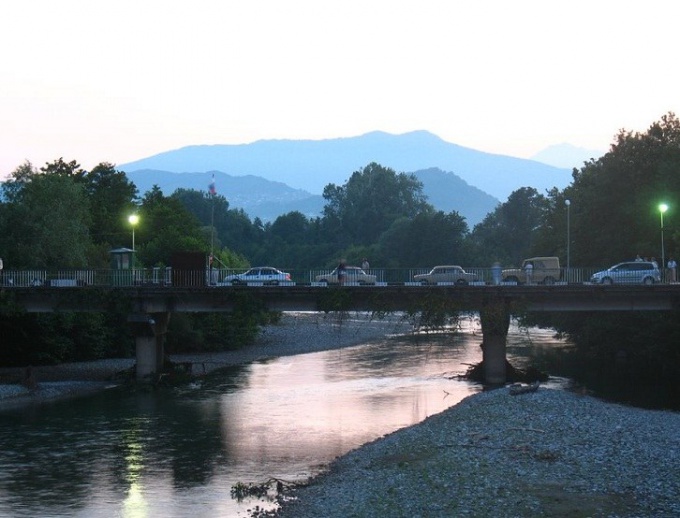 Related articles:
Instruction
1
As for the Russians visa-free regime, to issue any visas and permits for crossing the border with Abkhazia is not necessary. To do this you need only ordinary or passport. Of course, it must not be expired. Because customs and passport control at the border you will pass not only from the Abkhazian side, but also with the Russian, make sure in advance that travel outside of the Russian Federation you are not allowed – you have no debts and you do not open the case of enforcement proceedings. Children who are under 14 years of age will require a birth certificate, which includes a mark of citizenship. Teenagers from 14 to 18 years old cross the border with birth certificate and national passport. All persons under 18 years to get to Abkhazia only in the presence of a parent or having a notarized authorization from parents for this.
2
If you cross the border by car or bus, you should drive up to the customs terminal "Psou". The driver and the Luggage remain in the car, and passengers with documents sent to customs and passport inspection. After the new terminal opened in 2012, the time of the inspection has declined significantly, and now, even in the high season, more than 30 minutes you spend not necessary. After checking the documents of passengers can once again get in the car and drive to the destination. The driver will fill out a customs Declaration, the car and its trunk will be inspected. When leaving the terminal from Abkhazia, he will have to pay a one-time insurance fee and put the vehicle on a temporary account in GAI the Abkhaz.
3
For those tourists who go to Abkhazia railway or river transport, when crossing the border don't even have to get up inspection will be conducted directly in the car or on the deck.
4
Tourists who decided to cross the border on foot, should head to the bridge over the river Psou. From the Russian side documents and baggage check guards a checkpoint "Adler", then the test will carry out the customs of Abkhazia. And, although in this case, you will have to walk about 700 m distance, this way crossing the border has its advantages – a real duty free shop Duty free, which is open from 10:00 to 21:00. Here you can buy perfumes, sweets and chocolates, imported alcohol. After passing inspection, you can take bus or taxi to get to the village you need.
Note
To obtain cash via ATM in Abkhazia is impossible - only in offices of banks.
Useful advice
The currency in Abkhazia is the Russian ruble.
Is the advice useful?
See also
Подписывайтесь на наш канал