How to get rid of moles in the garden

Fertile cultivated soil in the garden, usually filled with insects and earthworms, which love to hunt moles. These underground pests are satisfied in backyards entire system of passages and tunnels, damaging the roots of fruit and vegetable crops. There are many means of mole control, but none of them gives 100% guarantee of getting rid of the bad neighborhood. 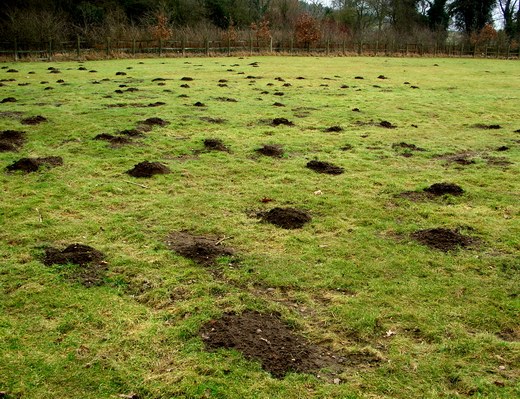 Related articles:
Instruction
1
Spend the prevention of settling of garden moles. Take a metal grid with a cell size of 2 cm, Put it around the perimeter so that the top edge protrude above the ground by 20 cm, and the bottom edge lies at a depth of 1 meter. This will prevent new moles to infiltrate the area of your vegetable garden. Bury the slate and other materials is not recommended due to the fact that they are not missing inside the beneficial earthworms.
2
Use natural protection from pests. Put plants on the site, which is a smell that moles can't stand. These include daffodils, marigolds, milkweed, Siberian Scilla, Imperial grouse. Planting castor-oil plant (castor oil plant) and caper spurge, be careful: their fruits are poisonous. It is better to avoid such dangerous means of dealing with moles in areas where there are children.
3
Put a jar or bucket trap in molemove. Using a garden drill, make a hole in the existing hole, there scopate a container of water and cover the top from the sunlight. Running through the tunnel, the mole will fall into the trap and cannot get out of it. Similarly, you can use a store-bought traps and traps.
4
Lay poisoned baits for pests. An iron rod or dipstick hole in the course, carefully place inside a teaspoon of zinc phosphide. Gap cover dirt clod. If within several days you will see new traces of moles on the plot, repeat the procedure. Note that a pest may not want to accept the poisoned pellets, then you can divide the mole's favorite food is earthworms – into several pieces and sprinkled them with poison, to place in holes.
5
Using a metal rod to find the basic moves of the mole and cover them with glass wool. Closed from all sides, the pest bumping into constructed barriers, dies.
6
Try to catch the mole with two shovels, blocking his way in the tunnel. When the fugitive falls into the trap, dig it. Protect hands with thick gloves, as the mole could bite you. Note that these animals have considerable force and a loud scream.
7
Use repellents. Insert at an angle of 45 degrees in a cold snap moves the cut stems of reeds, or empty bottles. It is believed that howling wind will scare the pests and make them leave their homes, but this is an unproven fact. Buy in specialized stores and ultrasonic devices to get rid of moles.
Is the advice useful?
See also
Подписывайтесь на наш канал