The secrets of proper watering

It seems that there is nothing easier, than to water the plant. But not every watering is beneficial. We share with you the secrets of proper watering. 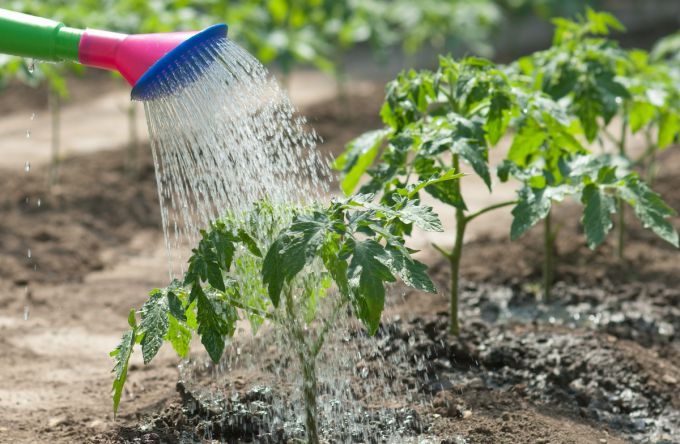 Cucumbers sprinkled, or grooves, or by sprinkling. The roots of this plant are weak, are close to the surface. There's a trick to get cucumber roots deeper. Before the first buds of the cucumbers watered infrequently, once a week, if no rain. If it rains, then that is enough.

Very water-loving plant. To form a delicious juicy heads, cabbage requires abundant watering, if possible twice a day. Watering can and top, but not on a bright day the sun it will cause burns. If sharply colder, then continue to water the sprouts at the root. Stop watering for 2-3 weeks before harvest.

Carrot requires high humidity during germination. To conserve moisture, the beds covered with foil. Thereafter, the film can be removed. Watering is carried out in the usual way from a watering can with a strainer. Stop irrigation 3 weeks before harvest.

These solanaceous plants are watered either at the root or in the groove. The difference with tomatoes is that they need watering less often. If tomatoes are watered on average 9 times per season, then the peppers and eggplants need at least 12 irrigations, and very plentiful!

Watering plants either in the morning or in the evening at sunset. If there is drought, then the later you water the planting, the better. If the temperature dropped to 15 degrees, then stop watering altogether.

Tomatoes like dry climate. Therefore, watering them carefully around the root. Watering is made in the first half of the day. Before flowering - once a week after flowering - once in 10-12 days.

Potatoes watered rarely, 1-2 times in a month. After watering the soil loosened and mulched: sprinkle peat, sawdust or humus. If the potatoes are grown without mulching, it is necessary to irrigate more often, about once a week.