Perhaps there are those who will not be touched, seeing a funny animal with big paws scoop. But touches are unlikely to include owners of private gardens and suburban areas, because moles sometimes become a real scourge for them, dealing serious damage to the crop. So do not be redundant tips on how to get rid of moles in the garden. 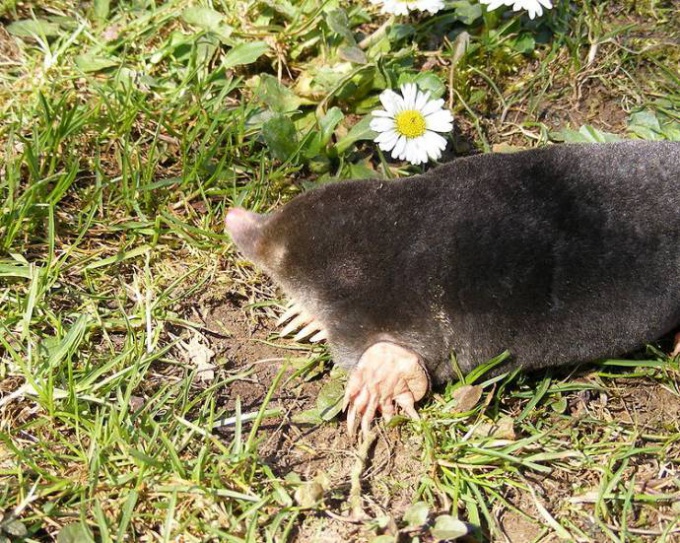 How to get rid of moles from the garden

One of the most radical ways of getting rid of moles is as follows. In early spring the area you need to enclose a special mesh (plastic or galvanized) mounted vertically under the ground. The grid consists of small cells. It should be buried to a depth of 1.2 m with an exit to the surface about 30 cm If you dig the net at a shallower depth, an effective way will not. In the grid there should be no holes. Otherwise, the mole will find them and take advantage of them. This method requires a lot of effort. For example, to enclose with a net plot of 6 acres, need to dig it in the perimeter of approximately 100 m, which do not so simple.

Even more radical, but also the most inhumane method of mole control is the use of rat poison. But in the present article this method is not considered.

Get rid of moles in the garden, if they are little, you can use this: fresh mole mound you need to dig before the start of the tunnel. After that you just need to wait for the mole who comes to repair their property. When an animal appears, we can only accurately take it and put it away off-site. 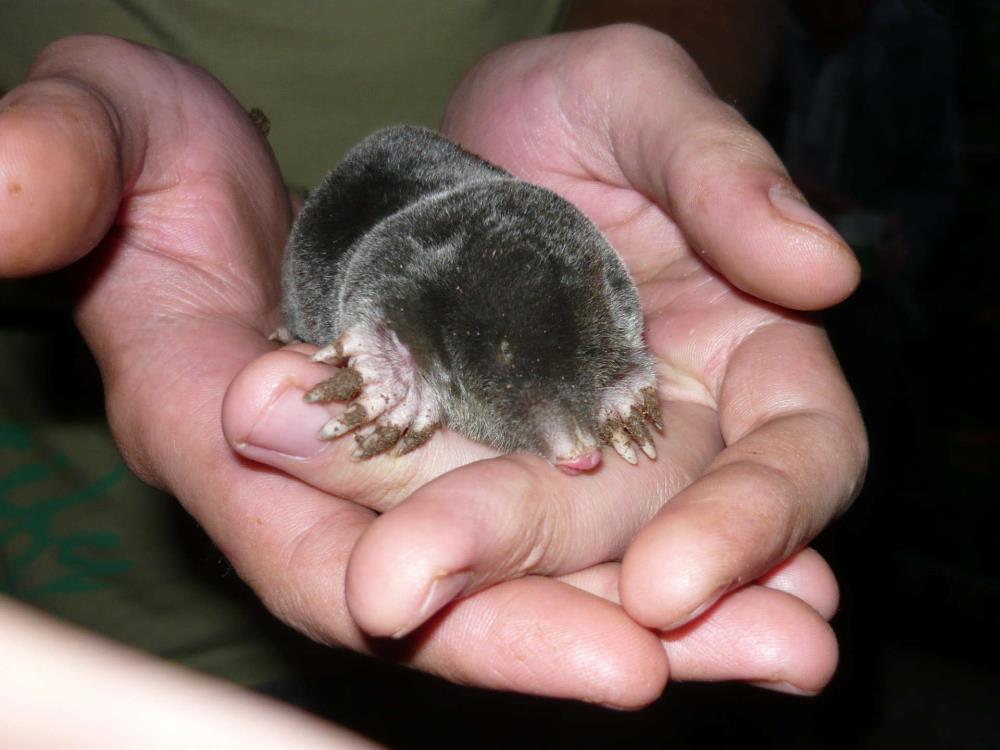 Another method of mole control is called "the Solomon trap". You need to take a hollow cylinder with a length of about 40 cm with a diameter roughly equal to the size of the wormhole. The material of cylinder is iron or tin. Both ends of the cylinder are arranged in hanging doors that open only inward. The trap must be placed in the wormhole, covered with earth. Now all that remains is to wait until the mole is caught. Nothing to put a trap in an abandoned burrow, you need to pin down the mole hill foot. If the mole is Nora, then a couple of days the embankment will be restored. In a hole and need to put the trap Solomon.

Get rid of moles on the plot you can also use special repellents, representing the small ones, which are stuck into the ground. The principle of the repeller for moles is to generate low frequency sounds, not audible to humans, but very sensitively perceived by the moles. Scarers should be used not one, but several on the site. If the parcel is over six acres, Cutlery should be placed in chessboard order on distance of action of approximately 20-25 m. the Device to do a little traveling to new places that moles are not accustomed to them and learned to get around them.

Some gardeners struggle with the moles with the help of water. The hole just insert a hose with the water that floods the hole, forcing the moles to seek a new habitat. In such a way to get rid of moles hardly possible, it is inefficient. First, the new hole mole can start to dig in the same area a few inches from the old one. Second, the method of dealing with water is very labor - and resource-intensive because of the flooding of all the moves only one mole is required 100-150 l of water. And flood all the moves unlikely to succeed, because they are always formed, for example, air tube, etc. shortage quantity is filled in a hole of water can only attract earthworms that will only worsen the problem, since worms moles primarily feed on. 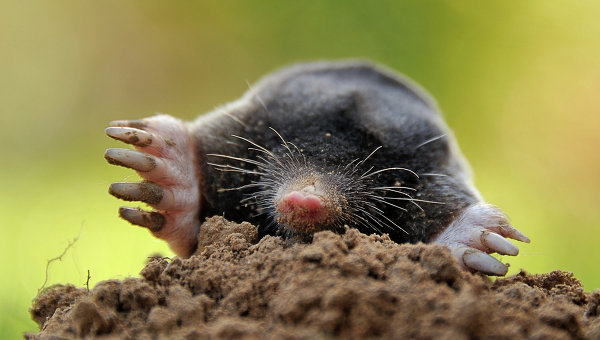 How to get rid of moles folk remedies

Don't forget about the "antiquated" ways of dealing with moles:

1. landing on the part of the plant, which is a smell that moles can't stand beans, black beans, daffodils, ornamental onions, etc.);

2. spreading on the land (including planting in wormholes), rotten fish, naphthalene, kerosene-soaked rags, etc. (because moles have quite an acute sense of smell and touch, such a method could work);

4. installation in the hole of reeds (length 1.5-2 meters, should be 60-80 cm above the surface), which in windy weather will create the effect of "howling wind in the chimney", frightening the animals; the same effect can be achieved using empty bottles stuck in the ground at an angle of 45 degrees;

5. setting in the ground for 1-1. 5 m metal rod (water pipe, rebar, etc.), which must be mounted empty aluminum cans, forcing the wind to resonate the rod, which, in turn, deters moles by vibration and sound. 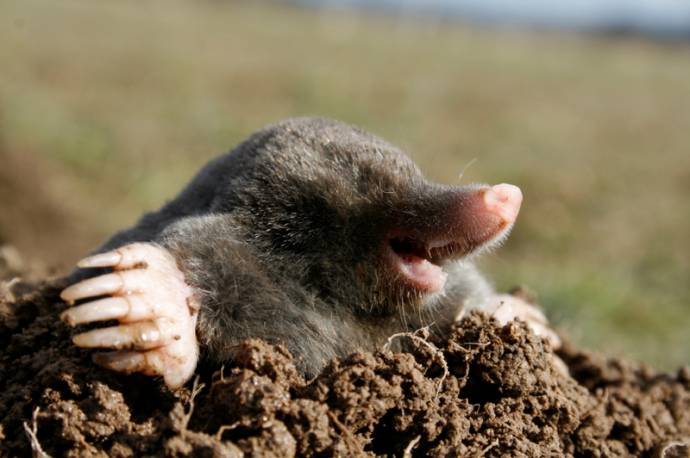 But perhaps the most reliable means of mole control can become active dog that is his constant tramping over Krotova head can create animal absolutely unbearable living conditions in the area.

Many invented ways to get rid of moles on the plot. A vast Arsenal is in doubt as to their effectiveness, nevertheless, should not immediately reject everything and is some to try.