Snakes in summer cottage: what to do

One summer in his backyard lead a furious fight with ants, others mosquitoes, others with moles, but there are among gardeners those who are forced to confront the real snakes. Fairly common snakes in the area. How to fight back these creeping reptiles? 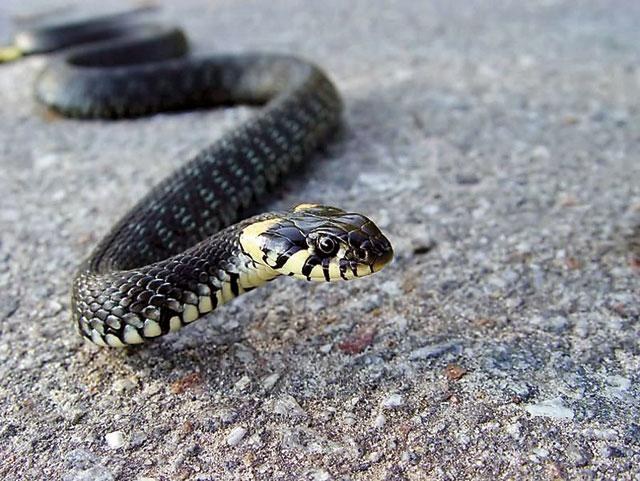 Related articles:
The bite of the snake to humans is a no-brainer. In nature these snakes are very cowardly. When they see someone they would rather prefer to hide. But sometimes they bare their snake nature: take a stand, threatening hiss and bite. And one appearance already strikes fear. To deal with this kind of door is not necessary. Mole can easily be run with the infield

To start, hover on your site in perfect order. Most likely, you have a different stuff, if snakes his chosen. Destroy all possible hiding these creatures. Get rid of stumps and old boards scattered around the area. Will definitely Vicosity short all the grass. Snakes like to hide in damp secluded places such as tall grass or nettle beds near the fence. Snakes do not like open area. A compost pile is another place that should be kept in perfect order. Better for them to build some boxes and do not throw even small branches.

Call for help the animals

Get at least for a time chickens. These poultry can perfectly deal with snakes and quite deftly catch even big snakes! In addition, they will bring you not only delicious eggs, but also manure, which can always be put on the dressing plant. In addition to use, the chicken will add flavor to your site. It is possible to attract to the area urchins, luring them from the forest with a saucer of milk. These forest animals just eat creeping creatures. Call for help the cat to destroy the mice. Much can crawl on your site in order to eat rodents, and while you will live the mouse, the snake will not forget you the way.

The snake can scare away a special device that is installed on the site and emits special waves that cause cold blooded to stay away from him. According to the manufacturers, the snake repeller is completely safe for humans and Pets.
Is the advice useful?
See also
Подписывайтесь на наш канал