Most gardeners consider moles pests, have tried lots of different means to fight them. But few know that apart from harmful chemicals, there are natural repellents moles. 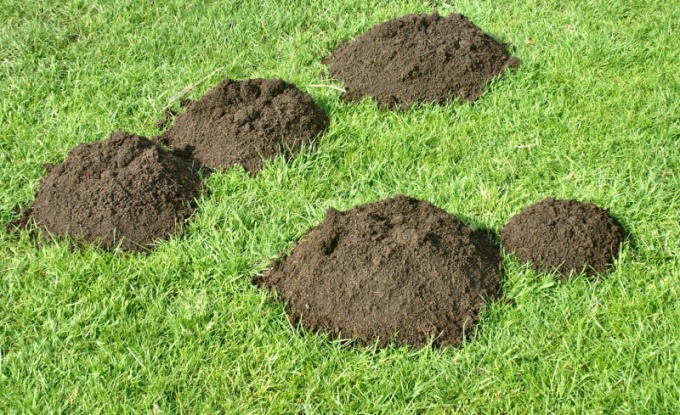 There are plants, the smell of which deters moles. Generally, they are bulbous plants, such as garlic. Blossoming decorative onions (Allium) can also help in the fight against mole. You can use onion and garlic in another way: finely chop the onion and garlic and cover in mink. Beans, black Russian beans and peas don't taste the mole, you can plant them around the perimeter of the site.

In addition to repellents include some types of decorative colors, for example, a classic narcissist. Also, the deterrent effect has little less known Siberian Scilla (Scilla siberica): with time it spreads across the site, and you can adjust its spread. This may also include and a plant called the Imperial fritillary (Fritillaria imperialis) from the family of lilies: it argued that the smell of his onions like the smell of foxes, and the Association with this predator deters moles.

But not only flower bulbs can do a good service in pest control. Favorite gardeners and unpretentious marigolds have a pungent odor that's typically not the tastes of the pests. As caper spurge, is often called the "Krotov plant." It is an annual weed that is not very convenient for gardeners, but it is successfully spreading by self-seeding. To stem flows a white juice with a pungent odor, which probably deters moles.

Another plant-insect repellent — castor oil plant. It can be grown as a shrub, but can become a living hedge. Remember, however, that the berries of spurge and castor beans are poisonous, so do not plant these plants where there are small children.
Folk remedies for the branches of an elder or shredded branches of gooseberry, mixed with the manure is to be put in the hole.
Perhaps plants are not as reliable and fast method of repellent, as the chemicals, but it is more safe and aesthetically pleasing, and it is much more economical.

A mole is and the benefits

It should be noted that many gardeners consider moles are not pests, and assistants. Moles are insectivorous predators, which are eaten by the wireworms, affecting the potato tubers, mole cricket, which destroys seedlings and flowers, larvae of the may beetle, abrazauski the roots of vegetables, flowers, young fruit plants.

The roots and tubers of the mole does not spoil, except that it may spoil the appearance of the lawn. In this case, it may make sense to transplant the plants-repellents around the lawn, to protect from the visit of the mole.
Is the advice useful?
See also
Присоединяйтесь к нам
New advices