How to build a Natal chart

The Natal chart or cosmogram is the Foundation of any horoscope. This graphic of the Ecliptic, which shows the position of the planets at the time of birth. Errors made in constructing the Natal chart, can give a version of your horoscope, which will be the absolute opposite of its true interpretation. How to create a Natal chart? 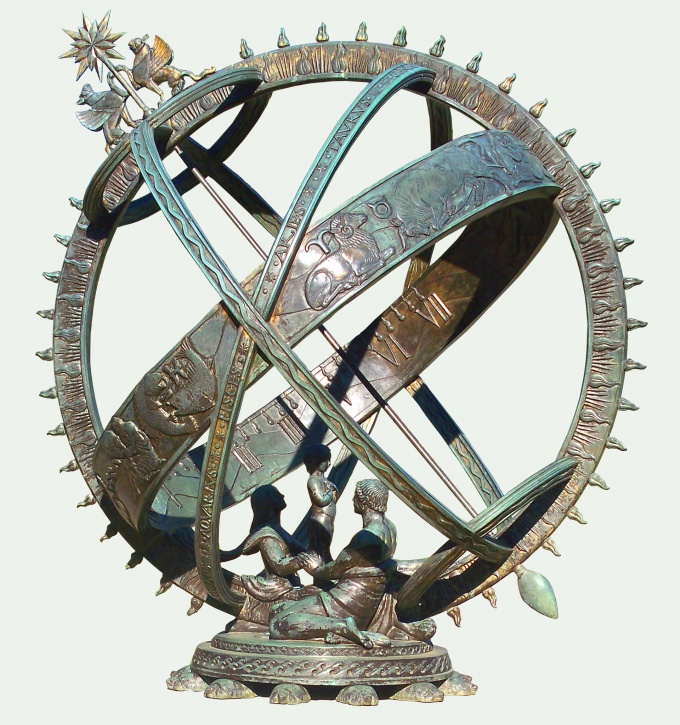 Related articles:
You will need
Instruction
1
To create a Natal chart, find out when and where the person was born (the exact coordinates and time). The value of the cusps (i.e. the peaks of the houses of a horoscope) according to find the local sidereal time (LST) of birth.
The algorithm of calculation of MSV are as follows:
• Need to know the time zone in which the place of birth. This can be done on tables of coordinates of cities. We learn further, from the tables of the provisional amendments, the difference between the lap time and UTC, and whether the correction for summer time. The time difference with Greenwich can be positive or negative. We need to subtract this difference from the time of birth, taking into account the sign before the amendment. A correction for summer time are also accounted for West longitude subtract 1 hour for West add. Get GMT (world time UTC).

• Since GMT is the same for all belts, you need to find it to place of birth. Does the longitude of the place of birth and multiplied by 4 minutes. If the resulting number exceeds 60 minutes, then turn it into hours, minutes and seconds. Now we need to adjust the time of birth of the person on the value of the amendment. For East longitude correction is added, and for the West it will be taken away. Receive real-time place of birth (RVM).

• The sidereal time at Greenwich at midnight or noon (depending on the compiler), is taken from the second column "Ephemeris", called "Sid Time". Next, the calculated local sidereal time (LST), the formula of which is: RVM + Sid Time + amendment "from the time Sunny on the cheek.

• An amendment to correct the difference between sidereal time and solar, can be taken from special tables. We sought the value will be located at the intersection of column (GMT) and rows (minutes GMT). Amendment is given in the form of minutes and seconds, separated by spaces. First bring it to the correct species (for example, 00 h 02 min 12 sec.) and then substitute in vysheozvuchennoy the formula for calculating MSV. If the local sidereal time (LST) happened more than 24 hours, then you need to take away 24.
2
After the data has been received, you can proceed directly to the construction of the Natal chart. Draw on paper a circle using a compass or circular protractor, and divide it into 12 sectors, each containing 30 degrees. This will be the zodiacal circle. Traditionally, the signs of the zodiac are indicated by counter-clockwise starting with Aries.

Now you need to break a Natal chart for the house. Their in the horoscope also 12, but they do not always coincide with the signs of the zodiac. Other find by means of "Tables of houses Placida". This directory contains tables in the upper left corner which indicate the MSV, and in the column indicated Lat the geographic latitude of place of birth. Find the table with the desired data in time and latitude. At the intersection of Lat rows and columns by points Asc (ascendant) and tops of the houses (11, 12, 2, 3), we find the desired data. The point of Zenith (MC) are found in the center of the top line of the table, next to the local sidereal time (cost centers). The ascendant - the top of the first house. MS – the top of the 10th house. Table Placida you can learn six cusps, and the remaining vertices are easy to figure out because their houses would begin in the same degree but in the opposite sign of the zodiac. The Natal chart is divided into twelve astrological houses.
3
The construction of the Natal chart will be completed, when they calculated all of the positions of the planets in the horoscope, and their points will be plotted on cosmogramma. The position of the planets are taken from the ephemeris tables, so they need to be adjusted according to the time of birth. They use logarithms and logarithmic tables.
The algorithm of calculation of position of planets in the following:
• Find the difference between start positions of each planet on the day following the day of birth and day of birth;

• Similarly to the above method calculates the position of each planet, and then notes on the Natal chart.
Note
All calculations relating to time, are made in hours, minutes and seconds. That is, 12.30.07 + 6.15.23 = 18.45.30 (18 hours 45 minutes 30 seconds).
Useful advice
It is easier to create a Natal chart using astrology software or using online services. Free astrology programs now are many, and the necessary service is easy to find on the Internet.
Is the advice useful?
See also
Присоединяйтесь к нам
New advices