How to connect your TV to the antenna

In order to television began to take the channels, just enough to bring it into the room and to include. It is also necessary to connect the antenna. From the correct choice depends on the number of received channels and the quality of their reception. 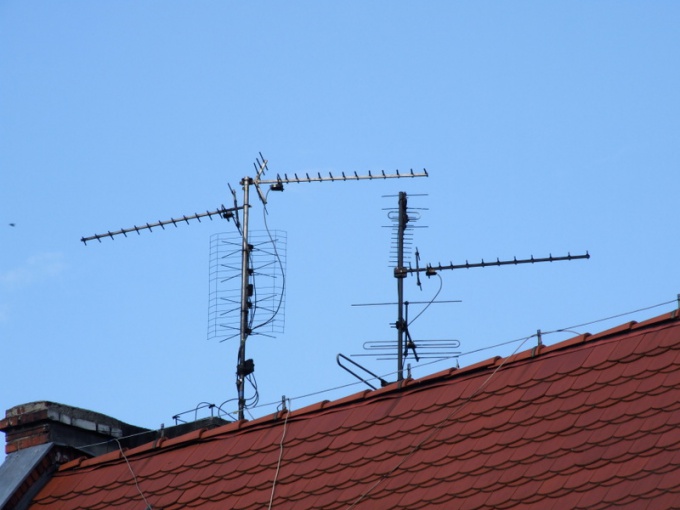 Related articles:
Instruction
1
Remember the cardinal rule: if the braid of the antenna cable is grounded (if the antenna collective, it is always so, but often it is grounded and from individual external antennas), touch both metal elements plugged in the TVand plug when they are not connected, it is impossible! It is also impossible to touch both metal parts of the two plugged in and not connected to each other devices (e.g., TVand DVD player) and connected the cables, even if the antenna is not grounded. In addition, you can not touch the metal parts of the TVand any video equipment, and antenna cable telescopic antenna in the case if your body has acquired an electrostatic charge from the screen CRT TV (e.g. wiping).Never install an outdoor antenna yourself, if you are not sure that will be able to provide reliable lightning protection. Solder the cables to any grounded antennas only soldering irons with proper insulation.
2
In order to connect to the TVhave a built-in adenostyletea telescopic antenna, insert the plug coming from the body of the device on the wire to its antenna socket. If there are two nests corresponding to different ranges, move this plug to the one that corresponds to the range in which you are currently receiving.
3
If to the TVhave also attached a ring antenna, built-in telescopic plug in to the socket corresponding to the metric wave band, and the ring - to the socket corresponding to the range of decimeter waves. Some TVs, the second antenna will be to keep straight on the nest, while others will have to consolidate at first.
4
If the TVhave a two-pin attached telescopic antenna, attach sasima out symmetrical ribbon cable, a special adapter-soglasovatel, if you haven't done so already. Then connect the adapter to the antenna Jack on the TVand (in these machines it is usually one).
5
If an indoor or outdoor antenna is an all-wave, and TVand separate entrances for antenna ranges VHF or UHF, use a dividing splitter. Similarly, if the TVhas a input for the wave aerials, and you have two separate antenna bands VHF and UHF, use a unifying splitter. Both devices are sold in hardware stores.
6
To connect one antenna to multiple TVam use another device, called CRAB cable splitter subscriber household). It is also sold in hardware stores. Best of all this unit works with collective antenna.
7
To use an antenna with amplifier, after its connection to the TVat turn on the socket power supply. Turn it off simultaneously with the TVom.
8
To connect a satellite dish to the TVfrom directly. Use the satellite receiver. To mount it, special knowledge is almost not needed (all described in the instructions and on websites), but they are required for the successful guidance of the "plates" to the satellite.
Is the advice useful?
See also
Присоединяйтесь к нам
New advices