How to transfer to army

Few of the military personnel clearly pleased with his service and the immediate commander. But every person (and even wearing epaulettes) is always the right choice. Under current law, a contract serviceman has the full right to transfer from one military unit to another on personal request. 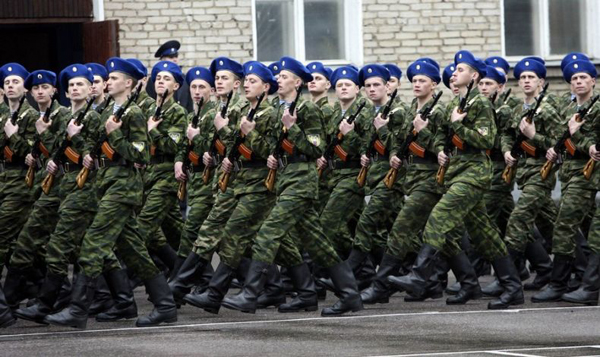 Related articles:
Instruction
1
Find a more appropriate military unit. Make sure that there is a free position for which you wish to transfer. Please note that this position have to match the one you currently hold for MAS, as in the case of non-compliance with this condition in the transfer, you will be denied.
2
Make sure that the commander you are interested in a military unit is willing to accept you into his service. Make sure that the consent he issued the appropriate attitude and sent it to the ratio in the prescribed manner to the commander of your military unit. Without such a relationship, your translation will be impossible.
3
Make sure that the commander of your military unit received directed him attitude. Make sure your commander has approved this attitude and made a submission on the appointment to a new position in the personnel authorities of the respective departments, the authority to approve your translation. Keep in mind that even if your commander against your transfer to another part, not to direct representation under the law he has no right.
4
Wait for a final decision on the transfer. The timeframe for completing the documents will depend on the number of instances that they will be held. For example, transfer of an officer between the armed forces of the Russian Federation shall be issued by the order of Deputy of the Ministry of defence of the Russian Federation (state Secretary). The orders of appointment to the post coming out monthly.
5
Make sure that the order for your translation to another part came. Return the case and get exemption from military position that you held. Then head to your new duty station. To commence duties at the new place of service, you must, not later than one month after receipt of the order.
6
Get ready to defend their rights in court. If you wrongfully refuse to transfer from part to part, or intentionally delaying the shipment of documents to the authorities, seek legal support.
Useful advice
Read the Ministry of defense of the Russian Federation No. 170 of 1999. and order and form No. 350 of 2002. Knowledge of the contents of these documents will allow you to correctly behave.
Is the advice useful?
See also
Присоединяйтесь к нам
New advices