How to call a car

Every car owner with love talks about his "swallow", calling her the most affectionate names. And rightly so, after all, how called car, can shape his fate. Therefore, the informal name should Express not only the temperament of the car, but the attitude of the owner. 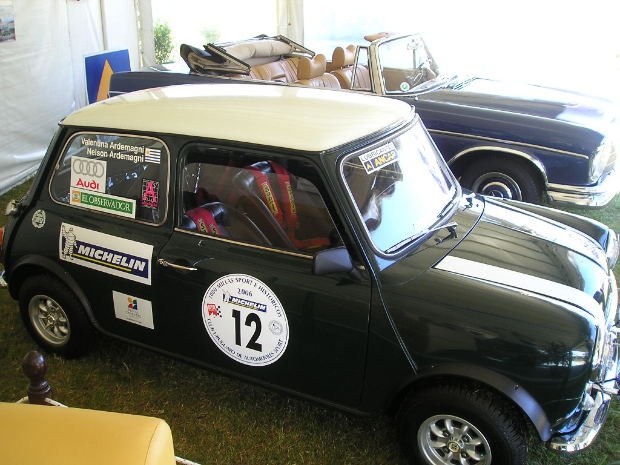 Related articles:
Instruction
1
If you don't know how affectionately call the car, decide what it is you have sex – a boy or a girl. It often happens that women go exclusively to "the boys," and men on "girls". And even if "boy" is small and yellow, and the "girl" - a huge SUV. This gender predisposition is the psychological aspect. You can define the "floor" of the car and its title. For example, the BMW is more masculine, a Lada or a Kia to a female. But Mercedes, initially bearing a female name, often referred to as masculine because of its brutal look.
2
If the "floor" of the car you have decided, you can think about the name. Generally, cars call pet names, derived from the name of the brand or model. Nissan Almera affectionately called alechka, the Toyota Corolla is One consonant with the Corolla of the word "cow." For the Swedish Volvo's Russian name Roller.
3
You can call the car translating to the Russian language of its official name. For example, the Suzuki Swift is translated as swift. And the car is small and maneuverable, so the fast birds name really suits her. Or Mitsubishi Lanser. Lanser is translated as warrior. Given that it's a Japanese car, it can be called a samurai.
4
A nickname for the machine and in the country-the manufacturer of the machine. If the car made by an American automaker, the car can get the name of the American, Chicago, for example. Italian Fiat jokingly called a noodle, and French automobiles – frogs, hinting at the gastronomic tastes of these countries.
5
Machine old, with mileage, call the old man, a veteran traveler. Of course, many have offensive nicknames, like buckets, designer and old plow. Maybe it is time to send these machines on well-deserved rest, and to take on the new "planes" "flying stool" and "night riders"?
Is the advice useful?
See also
Присоединяйтесь к нам
New advices