What is the icon of bmw

BMW is the world's largest manufacturer of engines, cars and even bicycles. The BMW emblem is well known worldwide and awareness among automakers this icon is one of the first places. 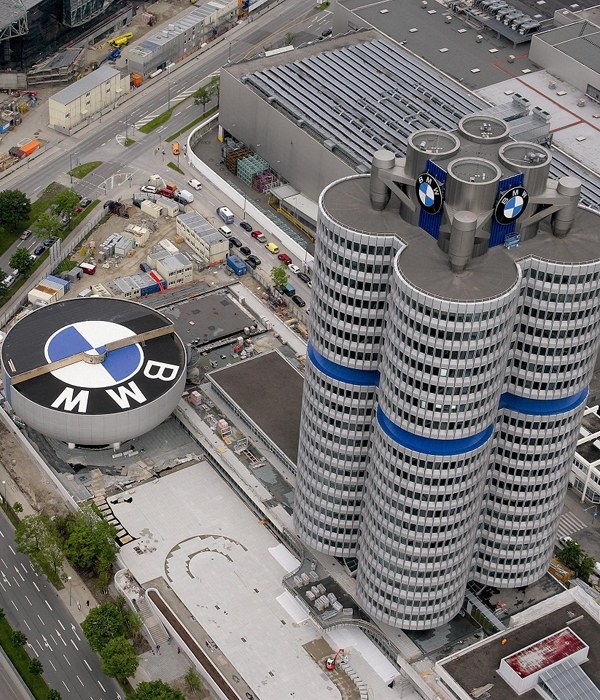 Related articles:
BMW is an abbreviation of the full translation of which with the German language sounds like "Bavarian engine factories", and the first shop of this company was opened in the city of Munich in southern Germany. The history of BMW starts in 1913, when the factory of this company was the first manufactured aircraft engines. The production location was also chosen because near Munich, which then housed a factory for the production of aircraft for which BMW supplied engines.

Include aircraft engine BMW-5 seaplane Rohrbach Ro VII in 1926 he set five world records. This plane could fly 1,500 miles at a speed of 200 km/h.

Then was created the prototype of the modern icon of BMW, a representation of a spinning propeller, powered with BMW engines. Modern company logo also depicts the propeller and the blue and white colors in the logo are present as a sign of respect to of Bavaria – the homeland of the manufacturer, on the regional flag which is just the color. The first version of the BMW badge, which clearly depicted a propeller, lasted only three years, and then the logo was updated and it became similar to the modern. By the way, the propellers in the factories of BMW also produced. Issue of aeronautical products has been significantly reduced after the First world war, because under the Versailles peace treaties, Germany was simply not allowed to produce military equipment, but then orders became less. Since then, the bmw badge became increasingly appearing on products for peaceful purposes, and in less than 20 years, the company completely switched to production of cars and motorcycles.

The BMW Museum in Munich

The leading German manufacturer of motor companies has its own Museum, which every year is visited by approximately 250 000 people. Such a small number of guests explainable by the fact that the Museum was practically no advertising, and visitors learn about it from their friends and through travel guides and the Internet. The BMW Museum is right next to the headquarters of the company near the Olympic Park, Munich was built for the Olympics in 1972. In corporate, the Museum can look at those first aircraft engines and propellers, which began the history of BMW. And in addition to all models of cars produced by the company for more than 100 years of its history, you can see the conceptual development of modernity.

The first car under the BMW badge

My very first car BMW has released in 1928 and it was called the Dixi.

In addition to the comfortable and prestigious cars BMW produces motorcycles successfully. The first "iron horse" under the icon of the BMW off the line in 1923.

This popular sedan was not a private development company and was only a copy of the English Austin 7, which BMW produced after the purchase of the plant in Thuringia. But in 1933 Berlin auto show, the BMW struck a chic-303, entirely developed Bayerisch Motoren Werke. This car can be seen in old movies and on the pages of a history book. This machine is very suitable for the traffic on motorways and can reach speeds of 90 km/h.
Is the advice useful?
Присоединяйтесь к нам
New advices