Periodically, heavy rains accompanied by storms - electrical discharges in the atmosphere in the form of lightning and thunder. This atmospheric phenomenon can be extremely dangerous to humans, so you must know how to behave in a storm. 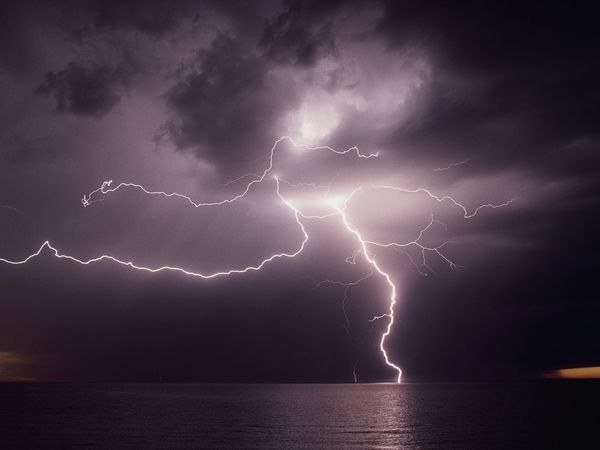 A large part of the lightning affects only the upper layers of the atmosphere at the level of Cumulus clouds, but they can strike to the ground. In this case the man nearby an extremely risk. The strength of current in lightning could reach tens of thousands amperes. In direct contact with the risk of death is about 10%. In other cases, probable severe burns and dysfunction of major organs.

Thunderstorms cause significant damage to property. Lightning can cause a fire if placed in a building or a tree can also damage power lines that disrupt power supply. Thunderstorms often accompanied by strong winds reaching hurricane or tornado that brings more destruction.

Dangerous lightning discharges and for different types of transport. Especially great is the risk for aircraft. The problem is solved by engineering modifications to the aircraft to minimize possible damage, and also bans flights in thunderstorm clouds.

For modern large ships thunderstorms almost safe. But the risk remains for small boats - sailboats and yachts. So owners it is advisable not to go to sea in a severe storm.

To protect themselves from danger can the observance of rules of precaution. During a thunderstorm should not swim in open water. Water is a great conductor of electricity, and you can easily get hurt even if you stay away from the scene of a lightning strike. You should not be in open spaces, for example, in the field. If the storm caught you by surprise, try to hide in the bushes or on the ground. Do not stand under solitary tree - the higher the object, the greater the likelihood that it will attract the discharge.

The building should be protected by installing lightning rods. It should be grounded household appliances, especially in private homes. Such measures will help to avoid a lightning strike to the house.