How to disperse the cloud

Typically, large public celebrations held in the capital, accompanied by good weather. And it's not a coincidence. So the rain did not stop people's fun, the day before the clouds dispersed. 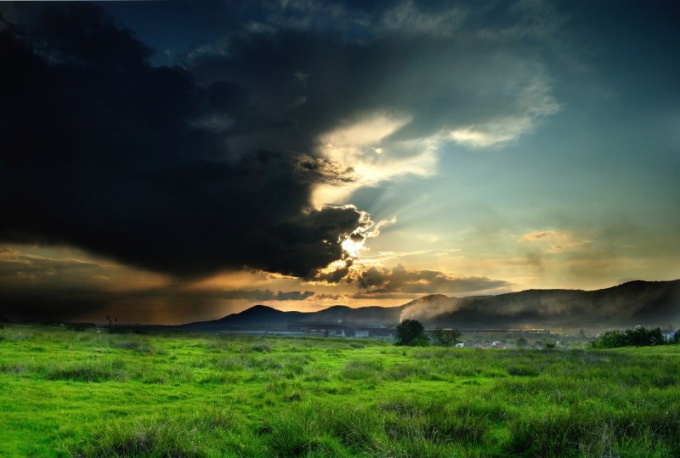 For the first time the dispersal of clouds was applied in Moscow in 1995, during the celebration of the fiftieth anniversary of the Victory in the great Patriotic war. The city authorities decided that it was too important event, and the vagaries of weather should not ruin it. Since then, the method of dispersal of clouds used regularly during carrying out mass actions with the threat from the weather.

To destroy unwanted clouds using special substances sprayed from planes. For these purposes, can be used several reagents: cement, silver iodide and dry ice. In the case of cement, its microscopic dust in the cloud is becoming the center of education drops. By itself, the raindrop can not be formed, it needs a surface to condense. Usually, it is pollen, dust and other drops. Cement speeds up this reaction, and in the end the rain falls before reaching Moscow. Similar action has and silver iodide. To disperse the clouds, a small concentration of this substance, and he acts better than cement, which justifies the cost of its purchase.

The principle of dry ice is a little different. Sprayed on a storm cloud, it lowers the temperature inside it, and as a result the rain falls early. This method is also very popular.

The spray reagents is made not less than 50 kilometers to the venue of the celebrations. Otherwise, there is no guarantee that above the walking crowds will be a cloudless sky.

According to experts involved in the dispersal of the clouds, all the used chemicals are completely harmless to humans. Some environmentalists argue that the dispersal of clouds provokes rains, which go on for several days, but meteorologists do not support this view.