What is a lightning rod

A lightning strike may well turn to ash tree, set a fire in the house, and even hit people. Can I control this terrible disaster? It turns out that people quite a long time invented a way to protect buildings and other objects from this danger. For this purpose is the lightning rod. 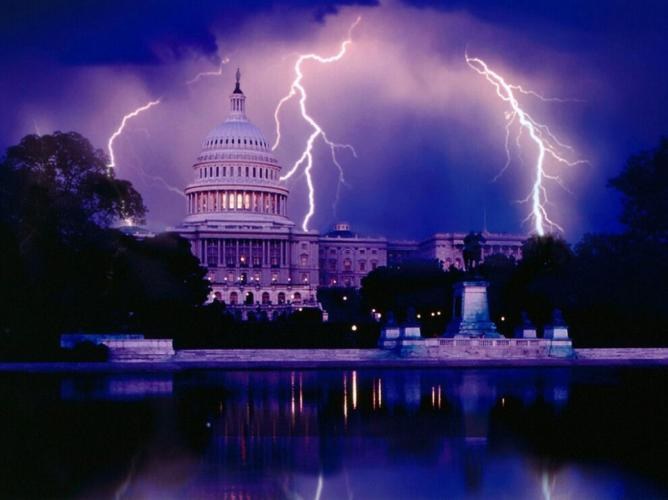 During a thunderstorm, most people flinch at the thunder. In fact, the danger bears not this sound as a bolt of lightning. He is an extremely strong spark, which in a very short period of time passes in the sky for several kilometers. Since the speed of light is much higher than the speed of sound, man at first sees a bright flash, and then he heard thunder.

Technical device which is designed to protect against lightning strikes, should be called not a lightning rod and a lightning rod, but the first name sounds better. Essentially a lightning rod is long and pointed metal rod, which is installed on the roofs of buildings. The lower end of the rod is connected to the surface of the earth. The principle of operation of this device is based on the fact that lightning tends to find the shortest path. Lightning hits the rod and without any harm to other items on the wire goes into the ground.

Lightning is a particular danger for those who are during a thunderstorm is in the open and level ground. The big mistake is to hide from a thunderstorm under a solitary tall tree. It just may play the role of the lightning rod, which will certainly try to strike lightning. It is dangerous during lightning storms to use in an open area with a mobile phone, as this electrical device is fully capable to take on the lightning.

How does a lightning rod

It is considered that the lightning rod was invented in 1752 by Benjamin Franklin. But there is also evidence that similar in appearance and purpose, structures for diversion of lightning existed long before that. Most likely, the idea of such devices was found by chance, as often happens with many useful inventions.

The principle of the lightning arrester to understand is quite simple. It is only necessary to understand that during the thunderstorm on the planet's surface gives rise to large electric charges, leading to the formation of a strong electric field. Its strength is greatest at pointed conductors, where can occur the so-called corona discharge.

If the structure is mounted a metal pin, the charges are not able to accumulate, but because lightning usually do not arise here. On those rare occasions when lightning is still developing, they hit the metal rod, and the charge that goes into the ground. So a lightning rod was most effective, try to place as high as possible. The probability of hitting an object with a lightning increases with rise up. Raised at a fairly high altitude rod increases the area under his protection.
Is the advice useful?
See also
Подписывайтесь на наш канал