Why when storm heard the sound of thunder

Thunderstorm — a vivid and fascinating atmospheric phenomenon. In temperate latitudes they occur about 10-15 times during the year, in the vicinity of the equator on land, from 80 to 160 days a year are the storm. Over the oceans they occur much less frequently. Thunderstorms are the companions of atmospheric fronts that leads to the displacement of warm air masses cold. 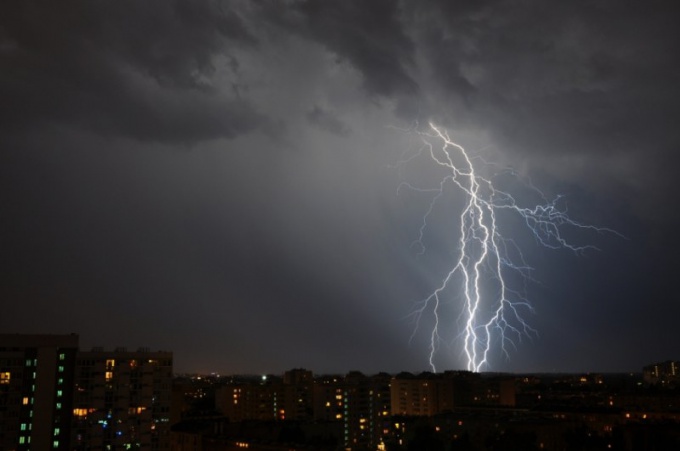 The storm begins with a huge column of air that forms quickly swelling tall white cloud. Storm clouds — real giants, their size can reach 10 km, and the lower part is flat, but it rings sharply up and to the sides.

When the upper limit of such a cloud-giant reaches the stratosphere, it begins to collapse and takes the form of a kind of anvil. Sudden Gale-force wind, sometimes turning into a flurry. Storm squalls can cause serious damage. There were times when they overturned train cars weighing more than 16 tons. The most terrible thunderstorms with squalls usually occur in the warm season.

Lightning is a powerful electrical discharge in air that occurs between two storm clouds or between a cloud and the ground. The strength of this charge is huge, so the air around the lightning instantly heats up to very high temperatures and is expanding dramatically. As a result of this extension, there is a strong sound wave, called thunder.

Multiple and powerful lightning strikes can form a long roar and noise. This is because the sound wave is reflected from the clouds, ground, buildings and other items, creating a multiple echo and extending the thunder.

A lightning flash propagates in air at the speed of light, so it is visible almost immediately after discharge, and the roar of expanding air masses flying one kilometer on average in 3 seconds. If lightning and thunder followed each other continuously, we can say that a thunderstorm occurs near. If lightning flashes far ahead of the thunder, then the storm is at a certain distance from the observer. Accordingly, the next thunderstorm, the longer you will not hear the thunder after the lightning.