How to build a cucumber

All gardeners and gardeners plant in their home gardens cucumbers. For the abundant and early fruiting, it is important not only to plant, but be sure to form. If this is not done, the harvest will be late and instead of ovaries, will produce a lot of empty shell, which will significantly reduce productivity in General. 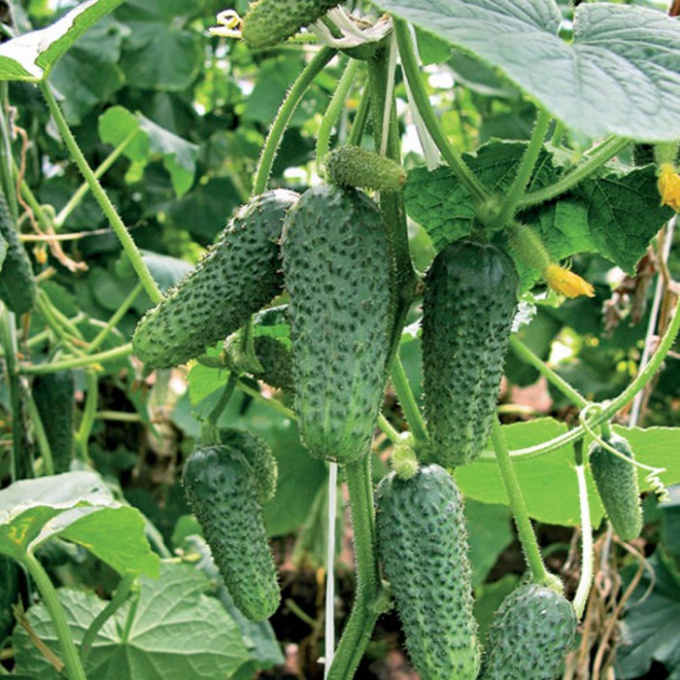 Related articles:
Instruction
1
For the formation of cucumbers need to be tied to the trellis with twine. Twine tie the plants loosely that it does not interfere with their growth and development.
2
When planting varieties of cucumber that are pollinated by bees, keep them in one stem. It formed the bulk of the harvest. To form a plant in one stalk pluck all the emerging points of growth, not touching the leaves and the main stem.
3
4 node Express 1 cucumber, 3 leaves and remove the growth point.
4
In the middle zone of the stem, leave a few cucumbers and leaves the remaining points of growth will priderite, as did the upper area.
5
After it allow the plant to twine around the trellis and remove the top.
6
Remove all shoots that have no ovaries.
7
Hybrid cucumbers are formed in a different way. They have almost all Bush formed the female flowers that produce fruit. The top shoots will priderite over 5-7 leaves.
8
The sides of all the resulting shoots you need to remove and to put cucumbers in one shoot. Otherwise, they can grow indefinitely, which delays the start of fruiting, reduces the number of fruits and is a strong shading.
9
Hybrid cucumbers , it is also possible to form, at its sole discretion. It depends on how early you planted them and how the plant is strong. Early planting and a powerful, strong plant number of shoots significantly increased. The main thing to avoid strong shading. For this plant is rarely planted.
Is the advice useful?
See also
Подписывайтесь на наш канал