How to straighten the wing

Cars are often caught in minor accidents. The result of these troubles are scratches and dents on the front wing. The elimination of damage repairable car on their own will allow you to save money. 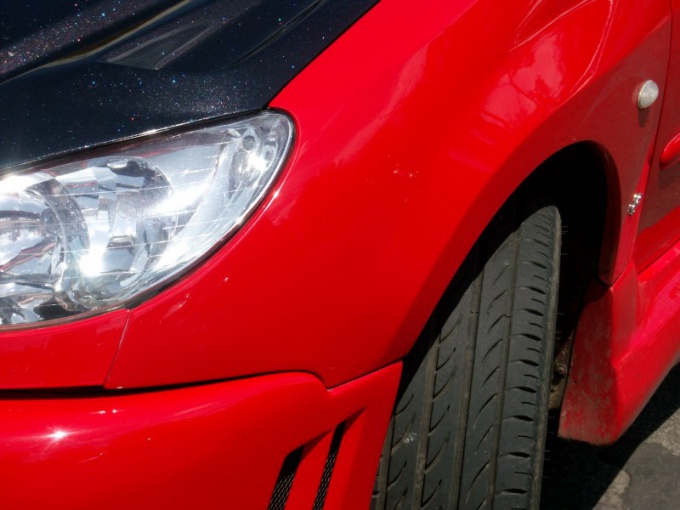 Related articles:
You will need
Instruction
1
Remove the wheel damaged the wing. Install the Jack under the Jack strong stand support. Then, under the wing place near the recess for the lights on the stiffener alone any bar. Another place in the rear part of the wing that is on the front shield of the car body.
2
On the toothed rack of the Jack put a square tube extension. Then place the Jack between the bars and operating them as well as when performing car lift, stretch, pleated, respira wing from the inside. The dent will be reduced on the eyes, a small bump will remain only on the lower wing abortive.
3
Putting the support on the front side, podejmuje this pothole, lightly tapping with a hammer on the inner side of the wing. Jack it does not loosen. May have decorative raised lines on the wing will be a bit of a bubble. To eliminate it, wrap a wooden rail with a rag, lay it just under the line and tap it with a hammer.
4
Remember that if the area of the alignment enters the stiffener, to start the leveling should be with him. Edit and nikolajevaite the rib, bringing the line to its original condition, then proceed with straightening other sites.
5
Once finished straightening, do not rush to loosen the Jack. The fact that due to lack of elasticity of the wing can again be deformed. To avoid this, at the end of work tighten the Jack a couple of clicks, overpowering this deformation-induced elasticity. And then remove it.
6
In the case of deformation correction method with the alignment as such, almost never used: the wing was stretched a Jack and slightly tweaked at the edge. To align the indentations formed as a result of a side impact on the wing, stretching will not be enough. Needed straightening, with which the "extra" metal that is formed from the stretch will be distributed over a large number of tiny bumps.
7
Performing a straightening remember that it should start from the edges of the dent and move to the center in a narrowing spiral. For determining the area of the end dents spend it on crosswise straightening with a file, and then nikolajevaite wing from the inside with a hammer with a sharp nose.
8
Proceed to the alignment of the dents once the metal is tensioned, that is, when straightening the cloth will remove the tops of the tubercles over the entire surface. Conducting alignment straightening "saw", do not be afraid that hole it metal (thickness of the wing is 0.5–0.6 mm). After working canvas level the surface with solder or putty.
Is the advice useful?
See also
Подписывайтесь на наш канал