How to rectify the body

If the back of your car a dent, you can try to resolve it on their own. Will it do it or not - it depends on how serious the deformity. 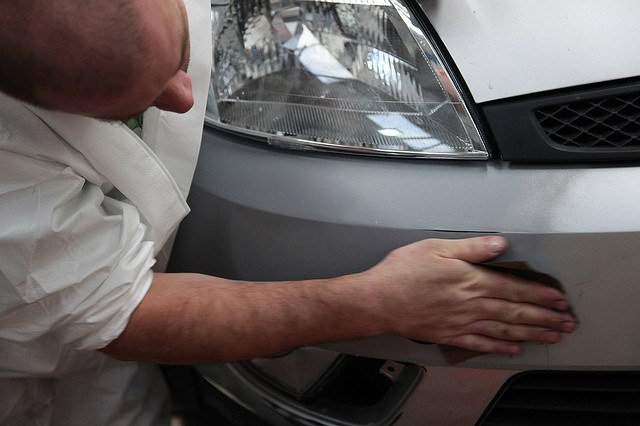 Related articles:
You will need
Instruction
1
When you hit anything on the car almost certainly it will remain very unattractive trace of external influence. Can be divided indentation plots for the 2 main types which are:- have a real chance to resolve;- will stay on the machine permanently. For example, the footprint of the strike a young child who accidentally collided with a car was parked and she decided to "fight back" any object can be removed without consequences. If there was a collision of car with another vehicle, return the absolute initial view of the damaged area is likely to be impossible.
2
For any site, on which the blow fell, the technology is the elimination of dents on the bodywork of the car is almost the same, excluding some minor details. For example, if you need to remove the defect on your doors, you should first clear the space to work: raise the window until it stops, remove the inside paneling and insulation.
3
Then find a dent during the inspection door on the inside. The same side straighten trim very light taps with a rubber mallet. If this method fails, wrap a rag (a clean rag) a wooden block, attach to the area with the dent, and then a very light taps, try to straighten it. Thus, gradually you will be able to resolve this issue.
4
If you want to remove the dent on the fender of the car, first open the trunk and remove the lining. In this case, the job is much more space. Further, the technology is the same as in the previous case. After you remove the dent completely, it is advisable to carefully Polish the area subjected to correction. So you will be able to remove even the smallest traces of deformation.
5
More severe injuries fail to resolve completely unnoticed. For example, if a car door was hit with something sharp, leaving a shallow, but sharp corners and a dent on the casing. In this case, the metal can't bounce because the area of deformation is very small. Therefore, a dent is better amenable to correction.
6
To remove the sharp dent on the plating machine, you will need a wooden block. Its size should be sufficient to ensure that you could rest them in the depressed portion and hitting with a hammer on the bar. Using this method you can align the cavity. However, the external side of this end of the machine will still be pretty heavily damaged, and it has not come out to fix it. The only thing you can do is to keep deformation to a minimum.
7
After you have smoothed the dent, you need to sand this whole area with fine emery paper, and then zashpatlevat and to paint it.
Useful advice
Not to break away once again from work, it is desirable to collect near all the working material that will be needed in the process of removing dents.
Is the advice useful?
See also
Подписывайтесь на наш канал