Replacement of the wing on the VAZ-2107 is an operation that requires plumbing skills and spot welding. When these conditions are met, a replacement front or rear wing can be produced without resorting to repair shops. 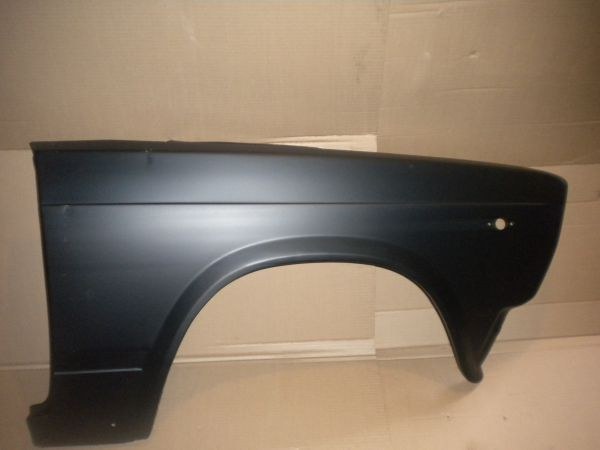 Related articles:
Most often, when minor accidents suffer front fenders, so they are more expensive than the rear, although the volume of the metal used and complexity of manufacturing both elements are roughly equivalent. The process of replacing the front and rear fenders VAZ-2107 are similar, but some nuances there.

Before proceeding to the removal of the damaged wing, remove it from the vehicle bumper, front, hood and antenna (if any). Next, remove the front auto headlight, side turn signal lamp, facing the pad. Visually identify the places of spot welding, they are in the front part where is attached to the headlight, on the waste chute from the engine compartment and hanging doors. Take the drill and drill out the point welds. Now you will need a well sharpened chisel. They need to cut the joints with the front, bottom side and its front. You can then remove the wing and using a grinder and chisel to knock the remains of the old damaged body element.

In the next stage, abrade with emery cloth the attachment (you can use a grinder with a lap-strap). You can then hang the hood, the door and put a new wing; it must be customized so that there were no gaps. Next, fasten a new body element, for example a clamp, and weld it first time. Remove the clamp, make sure all clearances are met and weld the new wing of capital.

To start in the Luggage compartment, remove the trim and interior – the rear seat. For security purposes it is recommended to remove the gas tank (even if you change the left wing). Take a grinder and cut off the wing, stepping back from the factory seam around 1 cm Powerful pliers, twist the remaining metal in the tape and remove it. Inspect the inner arch and, if necessary, repair it (boil), and then treated with a primer. Next, attach the wing, secure with clamps and align so that between him and the trunk lid, back door were the same gaps. If all goes well, we can weld (preferably spot welded).

Once the wing was back in place the grinder with grinding grind around the welds. Then they need to cover the primer and process automotive sealant. Inside set element, treat any rust inhibitor. After that wing it is desirable to completely cover the primer (this applies to the front wing), because factory processing leaves much to be desired.
Is the advice useful?
See also
Присоединяйтесь к нам
New advices