Why teeth fall out

Tooth loss is a widespread phenomenon, both among children and adults. While you can lose not only milk but also permanent molars. The reason for their loosening and loss is a progressive destruction of tissues surrounding and holding the tooth in the hole. This disease is called periodontitis, which is fully cured is almost impossible. 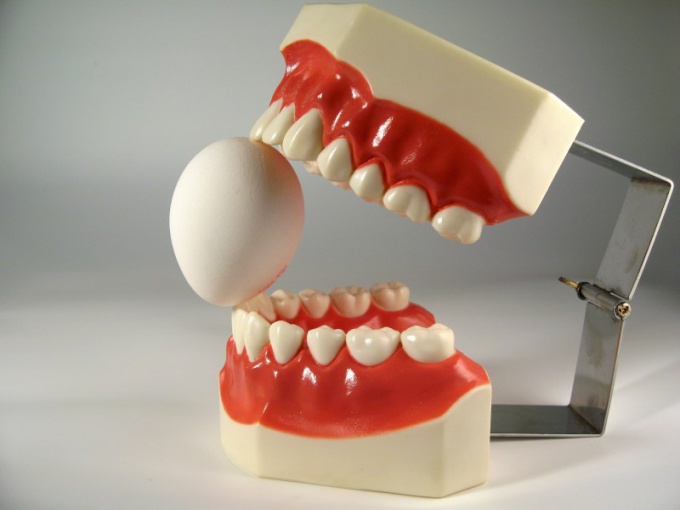 Reasons for this phenomenon are many. The most common of them, according to experts, are considered to be gum disease. Inflammation occurs, if not regularly remove plaque. Due to hit on the gums of bacteria, it begins to become inflamed and bleed, there is bad breath. There is an infringement of tightness of the teeth and gums, causing the destruction of roots of teeth.

Often teeth are falling out at fault of malocclusion, which is the main reason for the defeat of the gums, unilateral chewing or irrational prosthetics. Teeth are often destroyed as a result of mechanical injury or damage. Often breaks off from them a considerable part, which further requires their complete removal.

Cause of tooth loss can become a well-known caries, improper oral hygiene, abuse of tobacco and alcohol, and stress and nervous overstrain. Due to excessive use of toothpicks can cause crevices on the teeth, and their chewing surfaces are formed by recesses.

After many years of service, the teeth tend to wear off. In the result of grinding the yellow-brown dentin remains surrounded by a rim of enamel, and the teeth completely acquire a yellowish tint.

As a result of fading of the tooth enamel from exposure to the corrosive chemicals appear erosion. They often occur in people who eat large portions of fresh squeezed citrus juice or soft drinks. They are the most typical for people suffering from bulimia (70% cases).

Dental erosion are striking back surface of teeth, primarily front. Thinned enamel contributes to the exposure of dentin and yellowing teeth. At the same time it may be tooth decay. Often then the tooth is loosened and falls out.