How to get to the Novodevichy cemetery

Every day, hundreds of people - relatives, fans and tourists visit the Novodevichy cemetery. This attraction, one of the 100 most famous cemeteries in the world, located in Khamovniki district of Moscow next to Novodevichy convent. In 1922, the necropolis was taken under state protection and became Museum, which today can be visited by any person. 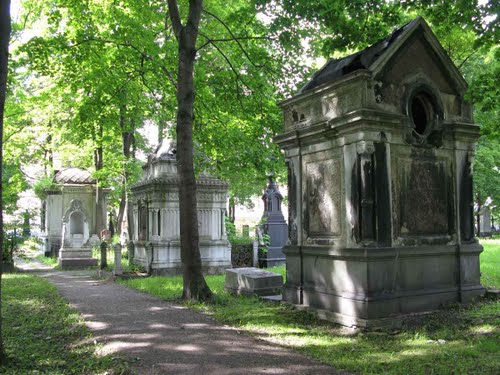 Related articles:
Instruction
1
Burial was conducted in this area since the XVI century. Buried at Novodevichy and members of the Royal family (daughter of Tsar Alexei Mikhailovich, the first wife of Perth I, Eudoxia Lopukhina), and participants of the war of 1812 (poet Denis Davydov, Prince Sergei troubetzkoy). On the cemetery are buried the great figures of culture.In. Gogol, F. I. Shalyapin, Mikhail A. Bulgakov, V. I. Nemirovich-Danchenko), major political figures.With. Khrushchev, B. N. Yeltsin). For a long time the territory of the necropolis expanded and was divided into old, new and latest part. To avoid all the Novodevichy and to honor the memory of all those activities in life which you admire, you will need more than one hour.
2
So the tour was most interesting, it is necessary to prepare for it. Go to the Internet site of the necropolis, read brochures and technical literature about it to know exactly which of the famous people you can see. For example, it is impossible not to visit the grave of Vladimir Mayakovsky, Alexei Tolstoy, Zoe Kosmodemyanskaya, Leonid Utesov. You may want to lay flowers to Yuri Nikulin Anatoly or Papanova.
3
If you want to learn more about the lives of the great men to walk through the cemetery you can turn to the guides, which for a two hour walk will show you the most famous tombstones and tell interesting details.
4
To get to the Novodevichy cemetery is easy: you can walk to it from the metro station Sportivnaya. Entrance for any visitor free, but still buy flowers to commemorate the dead.
5
Unfortunately, when visiting places like this, not every person thinks about the culture of behavior. Remember that the cemetery is a peaceful and quiet place where people find their final resting place. To behave on a walk through the necropolis should therefore: do not cry, do not swear, do not run and do not let to do this to children.
6
It is also important to discuss the wealth of tombstones or past the flaws of the dead, because next to you may be the descendants or friends of the deceased, which it would be unpleasant. A walk through the cemetery it is better not to wear provocative outfits: short skirts, plunging necklines. For many people a cemetery is sacred, and similar appearance, you can insult their feelings.
Note
Novodevichy cemetery is one of the most famous burial sites in Moscow. Originated in 1898 from the southern wall of the Novodevichy convent. In Soviet times turned into a kind of national Pantheon — the second most important after the Kremlin wall.
Useful advice
Ancient cemeteries were near the churches in the Moscow Kremlin. Some cemeteries have special plots where are buried the participants of the great Patriotic Novodevichy cemetery. Moscow, Luzhnetsky proezd, 2 To Novodevichy cemetery...
Is the advice useful?
Подписывайтесь на наш канал